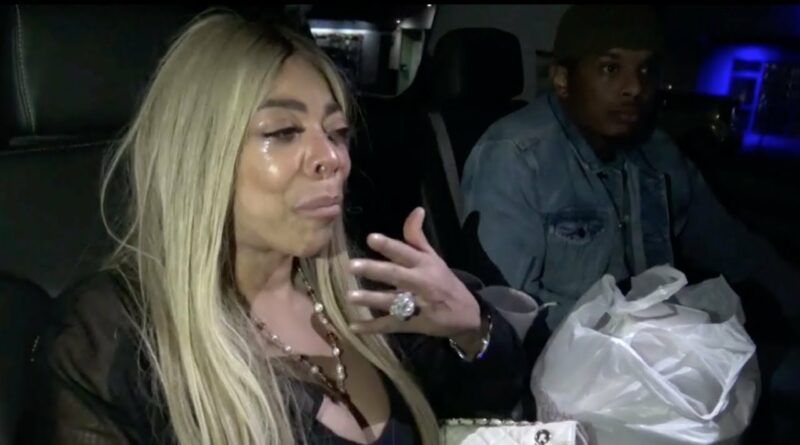 Hey ya’ll! I’ve been a little under the weather lately and I’m not up to creating videos right now (my voice still sounds scratchy) but I wanted to pop in and give my 2 cents on Wendy Williams being “caught” on camera with her much younger boo thang that she met over the weekend while hanging out with Blac Chyna at LA Pride.

Check out her pictures from this weekend when she was Keeping Up With The Kardashians, and then we’ll get into the tea on her new, younger man.

A lot of people are saying that Wendy is living what looks to be her “best” life dippin’ it and doin’ it all over LA. But after seeing the latest video from Wendy where she was “caught” leaving Roscoe’s Chicken & Waffles with a much younger man, I’m actually starting to worry about Aunt Wendy!

So Wendy was clearly dippin it and doin it with a man young enough to be her son! And she even admitted in the hashtag on her IG post that she was old enough to be his mom. I have nothing against Wendy dating a younger man, get it how you live! But I do have a problem with Wendy inviting RANDOM men that she just met over the weekend into her life.

For a woman that has been through what Wendy has gone through over the last year, specifically her battle with sobriety, I would think that Wendy would be wise enough to surround herself with a small circle of people that know her and love her and that value her sobriety, not random strangers that she doesn’t even know!

To be clear, I’m not saying anything negative about the young man that Wendy was seen riding with. I don’t know who he is to even have anything negative to say about him. But what I am saying, is that it’s being reported that Wendy just met him over the weekend in LA with Chyna and decided to take him back to NY with her. Meeting random strangers and inviting them into your personal circle is not OK for recovering addicts! It is dangerous. Point. Blank. Period.

That stranger could be an addict themselves or they could have ulterior motives! Wendy being “caught” on camera with this random guy over the weekend makes me think that Wendy is headed in the wrong direction and that her sobriety is not as important to her as I thought it was.

Leave a comment and let me know what you think! Are you happy to see Wendy out with this younger man? Or are you concerned? Leave a comment with your thoughts!

6 thoughts on “Wendy Williams Shows Off Her New YOUNGER Man | Wendy, You In Danger Girl!”