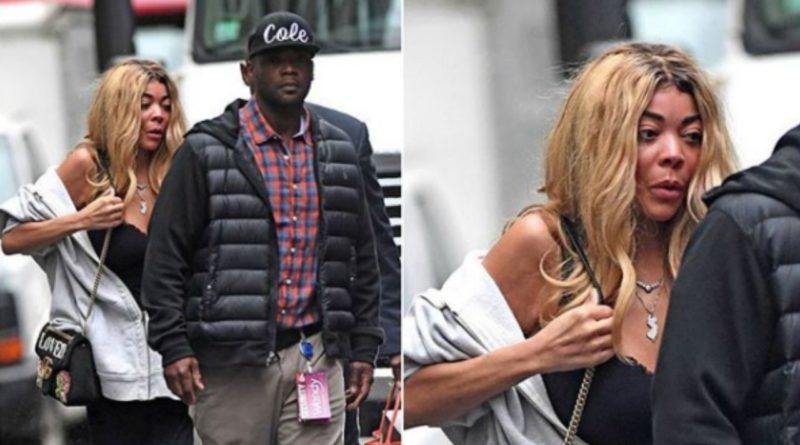 Hollywood Life reports Wendy is scared to divorce her husband, Kevin Hunter.  So it’s no wonder she won’t allow Tamar to come on her show now that Tamar is divorcing her husband Vince.

Wendy has stuck by her husband Kevin through multiple cheating scandals.   If you recall, several weeks ago, the Daily Mail claimed Wendy’s husband Kevin bought a massage therapist  a house down the street from his family home with Wendy and their son, Kevin Jr.

At the time, Wendy’s spokesperson denied the romance, telling HollywoodLife,”One plus one does not equal three. This woman is a friend of Mr. Hunter but there is no ‘there’ there.”

However, Kevin’s name was seen ON THE MAILBOX, so obviously there is something to the rumor.

But the reason Wendy doesn’t divorce him, is because she’s actually SCARED to leave him.  Hollywood Life reports

“Wendy [Williams] fears divorce after sticking with her man for years and through multiple cheating scandals. She has been married to her husband, who is also her manager, for 20 years and the recent infidelity allegations are not the first. Wendy has stood by him during the prior rumors and she has vowed to do the same now. She feels a divorce would be sad, difficult and challenging for the family.

“Kevin [Hunter] is a key figure in her organization and he helped build Wendy‘s career. And Wendy fears a divorce may ruin that empire they built together. She has met with attorneys to explore her options. But whatever the attorneys told her, must have scared her.

Apparently, everything she worked hard to achieve would be cut in half or more,  which would devastate her. And after the most recent disturbing and damaging cheating rumors, Wendy is carefully considering the best way to move forward at this point, but a divorce is unlikely.”

So it seems Wendy would rather live in misery, than risk losing even part of the empire that she has built.  And you guys cannot tell me Wendy is not miserable, especially considering how she fell out on national television last week.  Only to have her husband push her back out on stage instead of being concerned about her health.

I’m not an advocate for divorce, but if someone is using and abusing you – you have to do what you have to do.  And if you live your life in fear of losing “things” – like Wendy fears losing her empire – then you’ll never get the greater things that are in store for you…