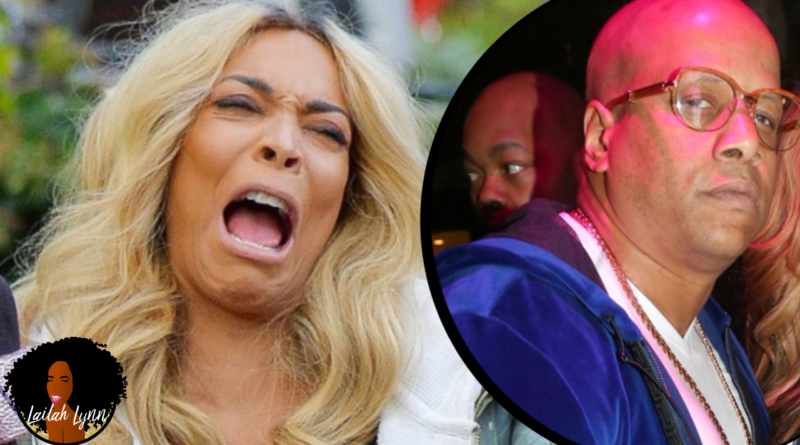 Things are taking a turn for the worse with Wendy Williams. The suspicions and allegations of domestic abuse in “Huntersville” are being confirmed from Kevin Hunters own mother!

I reported about a week ago on some tea that B Scott spilled about Kevin Hunter alleging having sound-proofed the bedroom he shares with Wendy so that their son wouldn’t hear Wendy’s screams when he beet her. I know that was some bitter tea for some people to swallow, but sometimes the truth isn’t pretty and it’s hard to swallow. And I knew Kevin was back to abusing Wendy when Wendy came on television wearing her arm in a sling, but refusing to explain EXACTLY what happened for her to end up with a sling. If you watch Wendy Williams regularly then you know she loves to share stories about her life outside of the show. And normally she would have told the story of exactly how she fractured her arm. And the fact that she didn’t share that story let me know that it was likely due to physical abuse.

The allegations of Kevin Hunter abusing and controlling Wendy are not new and they’re not going anywhere, especially now that Kevin or Kelvin’s own mother is testifying that she has witnessed her son beat Wendy with her own two eyes!

In any case, Bossip reports…

“Today the National Enquirer released excerpts from an exclusive report they have claiming that the talk show host has allegedly suffered horrendous abuse at the hands of her husband/manager Kevin Hunter. The National Enquirer original article alleges the 54-year-old talk show host has “suffered horrendous physical abuse at the hands of her husband from hell, according to a former employee’s lawsuit!” It gets worse too — the tabloid claims they’ve conducted a monthlong investigation into Williams’ disappearance and can now report MULTIPLE claims that Hunter, 46, allegedly attacked Williams, “choking her, kicking her and punching her in the face!” The Enquirer alleges Williams has helped Hunter cover up the abuse but says after the day she showed up slurring her words while sporting a sling, Hunter’s mother willingly admitted to WITNESSING her son allegedly attacking Williams.

Alright, so here’s what I think is going on. I think Kevin Hunter’s side chick really is pregnant. And Wendy Williams has called Kevin out on getting his side chick pregnant, which is more than she can accept. I think she can accept him having a side chick, but she can’t accept him having a baby with the side chick. So I think Kevin and Wendy got into a physical fight about the situation, and that’s why Wendy’s arm is in a sling. And that’s why she was on TV on pain medication slurring her words and what have you. I think the stress from the side chick being pregnant also has Wendy’s Graves disease flaring up. And Kevin is also beating her up. And being that Wendy is pre-disposed to addiction, I think she might also be addicted to her pain pills. That’s what I really think. And my heart goes out to Wendy Williams.

Leave a comment and let me know what you think about this situation and what you’re prayer is for Wendy. As always, thanks for watching!