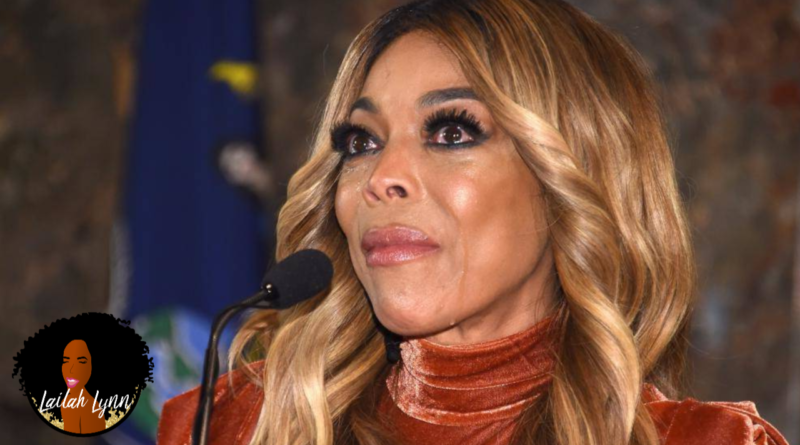 If you’re a frequent viewer of the Wendy Williams show you know that she has been addressing some of what the streets have been saying about her on her show. Just yesterday she addressed the picture of her in the WalMart scooter that was circulating on the blogs. And before that she revealed that she was/is living in a sober house to get over her addiction.

But Wendy’s been very careful NOT to address the rumors that her husband, Kelvin Hunter and his alleged mistress Sharina Hudson, just welcomed a brand new baby girl into the world last month. Wendy has spilled tea on everything else BUT that.

And now it’s being revealed that the reason she’s been so quiet about rumors that her husband has had an affair and fathered a baby is because she plans to spill all that tea in a new tell-all book!

The tea about Wendy’s upcoming tell-all book comes courtesy of Rob Shuter, who is a frequent guest on the Wendy Williams show. He comes on to dish Hot Topics with Wendy pretty often, but yesterday he had Wendy Williams as a Hot Topic on his own podcast.

A source told Rob Shuter “Wendy plans to reveal everything in her book. She isn’t going to give this (story) away for free. She knows everyone wants to know the truth about her private life, and if you buy a copy of her book, you will be able to read everything.” The source also revealed “Wendy has been meeting with ghost-writers and publishers and is talking about an advance in the millions.”

Wendy’s new tell-all book, of course, is not the first book that she has published spilling her own tea. I have read excerpts from her book “Wendy’s Got The Heat” where she talks about the first time she caught her husband cheating. It sucks that 20 years after the publication of her her first book, her husband is allegedly still cheating on her and she’s writing about him cheating again! Only this time it’s worse because he allegedly has a baby to show for it now!

The good news is, the source also told Rob Shuter that “Don’t worry, [Wendy] is a survivor. And she knows exactly what she is doing.”