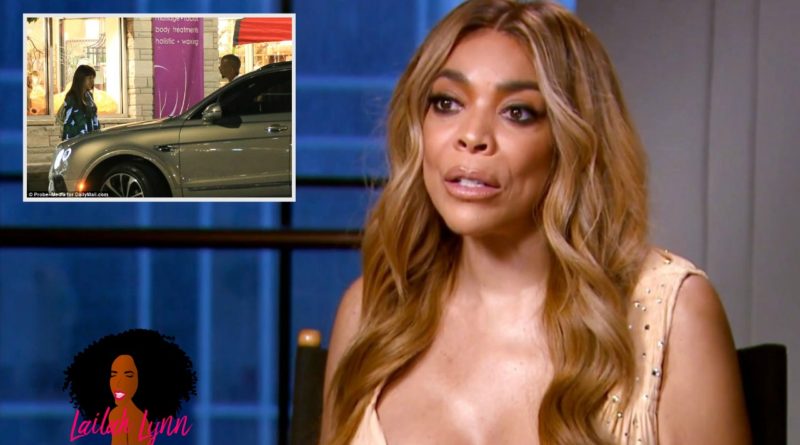 Wendy Williams sat down for an interview with Cosmopolitan magazine recently and talked about everything from her son, Kevin Hunter Jr.’s drug abuse to her current relationship with her husband, Kevin, whose alleged long-term affair was revealed last year.

As far as her son, she says…

‘My son smoked K2—they take that grass and they spray it with rat poison or whatever. It’s not weed, it’s not coke.  Kids are out there smoking that mess. It’ll turn you into a different person.’

[Editor’s Note: K2 is packaged synthetic marijuana and has been dubbed “poison packets” because of the chemicals sprayed on dried plants and frequent overdoses it causes.]

Wendy says ‘I saw it for myself—this affected [my family] very deeply. I didn’t know whether my kid would ever return to school. The whole time we’re nursing him through [recovery], I’m supposed to make fun on the show like, “Hi! Here’s Wendy! Hahaha!” But I’m dying inside. [Withdrawal] was a slow process and, for us, it didn’t involve psychiatric drugs or a psychiatrist. We cleaned him out—anything for my boy.

And now he’s graduated from high school with honors, he’s going to college in August. He’s a businessman. He does things. He wants to be an example for people as well regarding substance abuse.’

That’s certainly good to hear that her son is clean and sober and considers himself a businessman at barely 18.  Good for him!

Cosmo also asked Wendy about finding a balance between talking about the tabloids and now, being in them.  The interviewer specifically said:

“Your job involves interviewing celebrities and knowing all the details of their personal lives. But now, as a celebrity yourself, you’re in the tabloids, too. How do you strike a balance there?”

Wendy skirted around Cosmo’s mention of her and her husband being in the tabloids themselves.  She instead talked about avoiding socializing with celebrities because it “taints” her Hot Topics.  She answered the interviewers question by saying:

You can’t do what I do and be a ‘celebrity person’ and be socializing with celebrities all the time—it taints “Hot Topics.”

So she completely skipped over the interviewers mention of her being in the tabloids herself (for her husband’s cheating).  She did, however, confirm that her husband is still her manager.  And she said she’s sticking by her man.  She said:

My name is Wendy Hunter in real life; Williams is my maiden name. And this is not a temporary thing, this is a forever thing.

So there you have it! Wendy is in it forevaaaa with her husband despite his alleged long-term mistress.

Leave a comment and let me know what you think about Wendy’s commitment to her husband despite him not being committed to her?  Do you think she’s committed to him for financial issues or because of their son? Or do you think there’s something else?

2 thoughts on “Wendy Williams Dodges Questions About Her Husband’s Infidelity, Opens Up About Son’s Drug Abuse”