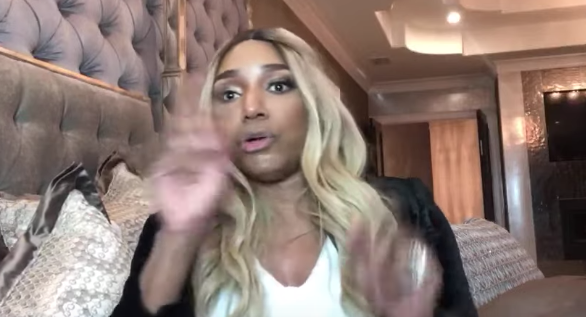 Recently Mrs. Kenya Moore Daly made the explosive claim that Bravo is ‘phasing out’ NeNe from The Real Housewives of Atlanta. While fans of RHOA had been talking about NeNe’s absence from more than a few episodes of the show since it premiered last November, Kenya was the first cast mate to actually agree with fans that NeNe is being phased out, which caused a thunderstorm of controversy online.

If you missed Kenya’s interview where she made the explosive claim check it out here: Kenya Moore Entertainment Tonight

In the interview Kenya said:

“The message is very clear: either the network feels that you are still a valuable asset on the show or they don’t, and you’re replaced and phased out, and you just have to move on,” she cautions. “NeNe has been on the show for a very long time, and I just think the cast is not gelling with her. She always puts herself on an island. She makes these fights with people that don’t actually have to occur and she’s really the cause of her own demise.”

NeNe went live on YouTube right after the premiere of Episode 14 of The Real Housewives of Atlanta and cleared up the rumor of her being ‘phased out’ of the Housewives. And she spoke on whether or not Bravo is paying her for the episodes that she does not appear in.

NeNe also tweeted Andy Cohen who was hosting Kenya on Watch What Happens Live and challenged Kenya’s statements about her being ‘phased out.’

In my opinion, Bravo may not be ‘phasing out’ NeNe, but they’re definitely making sure she’s not the star of the show anymore!

What do you think about NeNe not appearing in every episode this season? Leave a comment and share what you think!