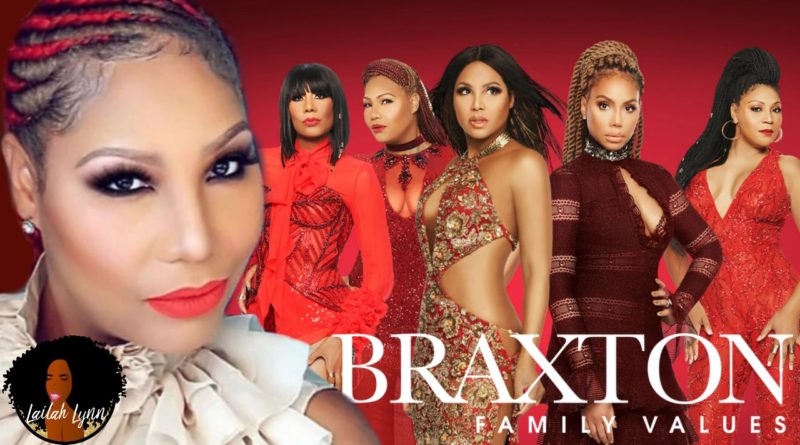 Traci THE Braxton is the ONLY sister, and I mean ONLY sister that is still promoting Braxton Family Values.  The show had it’s 6th Season B premiere last night and not one of the sisters bothered to promote the show on social media. Except for Traci! 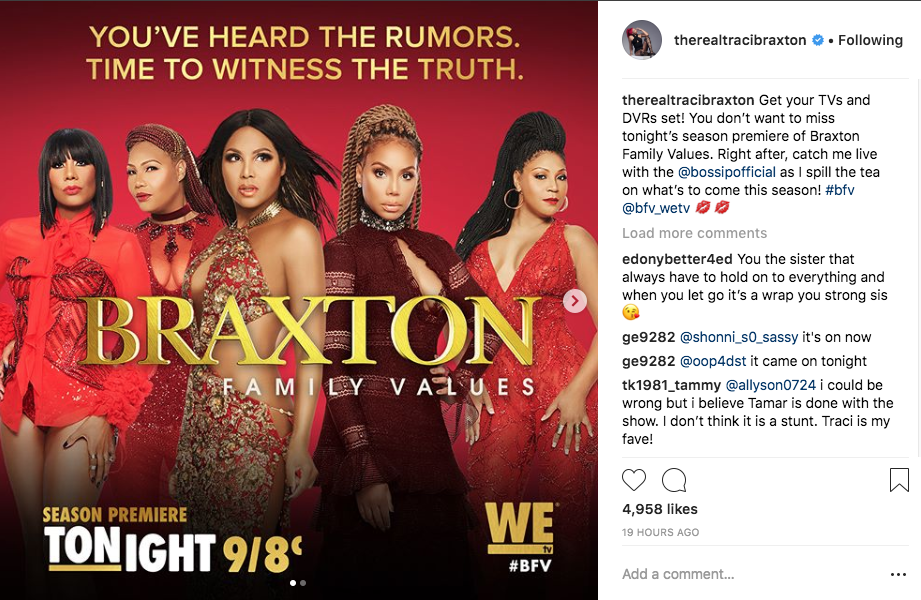 When it was first reported that the Braxton family was protesting and Traci was the only one that showed up to film, I actually thought that she only showed up as a courtesy to let WeTV know that they are indeed protesting.  Traci just seems like a very up-front person and the type of person that would actually tell you to you face that she’s protesting you – so that’s why I thought she showed up.

But she confirmed on BossipTV last night, where she was promoting the show, that she is actually NOT apart of the protest.

Traci claiming that she needs that WeTV check to pay her utility bills contradicts the whole reason the Braxton family said they are protesting. It’s been reported that the major bones of contention are that the wardrobe and travel stipends are so low it’s laughable and that the cast also wants their salaries increased to an “appropriate” level.

So it Traci really need that WeTV check to pay her bills then I would think that she would be with the protest to get more money.

I personally Traci might be more concerned with herself, and not siding with the sisters because the sisters didn’t side with her when she got kicked out the group! Y’all remember Traci had a baby while The Braxtons singing group was trying to take off and they kicked her out the group even though Trina already had a baby.  Wounds like that run deep.  And I, personally, think that’s why Traci is deciding to stand on her own and not with the family.

Leave a comment and let me know what you think about Traci not participating in the Braxton Family Values strike.  Do you think the Braxton sisters will get the money they’re demanding? And do you think Traci is hurting them by not sticking with them?