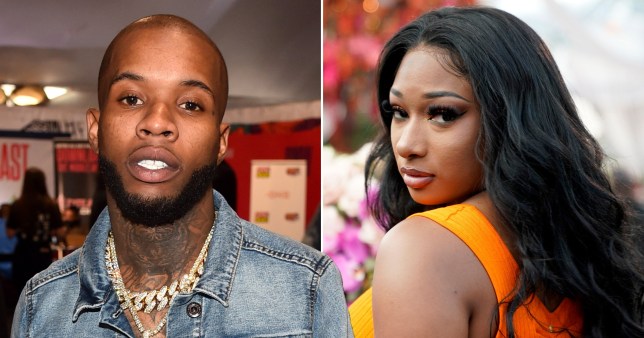 Tory Lanez apologetic texts messages to Meg Thee Stallion have been released to the media. In the texts Tory is very apologetic to Meg and blames shooting her on being ‘too drunk.’

The messages were sent from Tory to Meg roughly 15 hours after the shooting. And although Tory doesn’t expressly mention shooting Meg, it’s clear he knows he’s done something to Meg that he can never come back from.

“I know u prolly never gone talk to me again, but I genuinely want u to know I’m sorry from the bottom of my heart.”

“None the less s**t should have never happened and I can’t change what did. I just feel horrible.”

“Cuz I genuinely just got too drunk.”

Meg reportedly never replied to the messages. However, after the altercation Meg did expose Tory’s public relations team for leaking lies to blogs to paint Meg as the aggressor in the situation.

If you missed the video of Meg finally opening up about Tory shooting her check it out here:

What do you think about Tory’s apologetic text messages to Meg Thee Stallion?

Personally, I think it’s worth noting that he never uses the words “shoot” or “gun.” I think he purposefully avoided using any words that could incriminate himself, which shows me he is not willing to take full ownership of his actions that night.