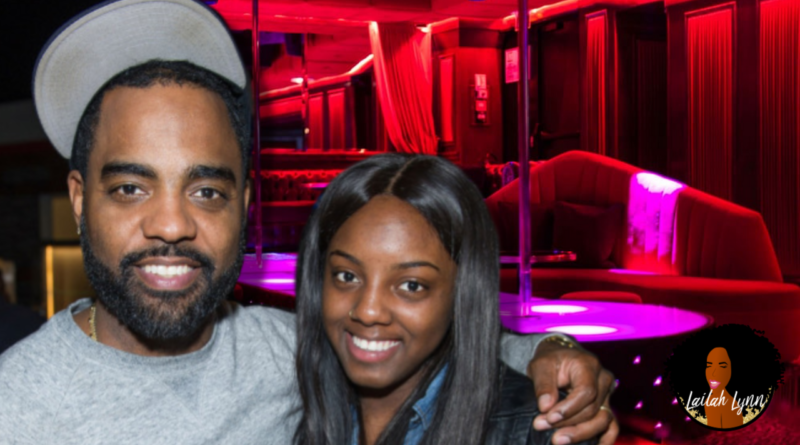 Kandi Burruss’ husband, Todd Tucker, has come under fire on social media for a video he shared of himself and his 23 year daughter at a London strip club. Todd says he took his daughter to the strip club while in London to celebrate her 23rd birthday.

In the video you can see Kaela taking a sip of her drink and she actually has her back turned to the stripper. But obviously her back wasn’t turned the entire night, as that would have defeated the purpose of going to strip club.

Take a look at the NSFW video and then we’ll talk about it.

But apparently Todd is not worried about Mama Joyce seeing him and his daughter in the strip club because he’s been to the strip club with his own mother. Todd said in a video response to the backlash that going to out of the box places, like strip clubs, with your kids helps you connect with them and that it is a bonding experience.

What do you think about Todd taking his daughter Kaela to the strip club and putting it on social media? Do you think it’s bad parenting to take your adult kids to strip clubs? Or do you agree that it’s just another way you can bond with your kids? Leave a comment and let me know what you think!

I know a lot of people that are from Atlanta say going to the strip club is just like going to the regular club for them, that’s where everybody hangs out down there. So for Todd and Kaela going to a strip club together might not be a big deal.

But where I’m from, the strip club is not at all like the regular club – at least not to me and my friends. So I couldn’t see myself trying to take my kids to the strip club to bond with them, when I don’t even go to strip clubs anyway. But that’s just me! Leave a comment and let me know your opinion.