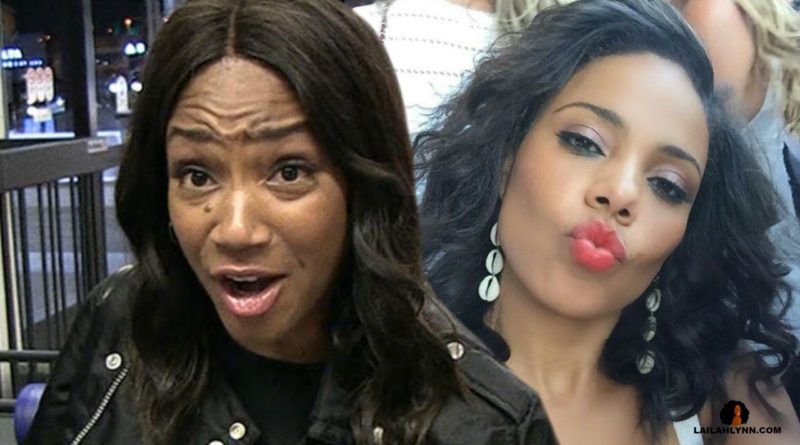 I knew yesterday that when Sanaa Lathan denied biting Beyonce that she was lying!  I made a video of Sanaa and Sara Foster denying that they were the one that bit Beyonce, click the link to watch that video to catch up.  Sanaa tweeted: 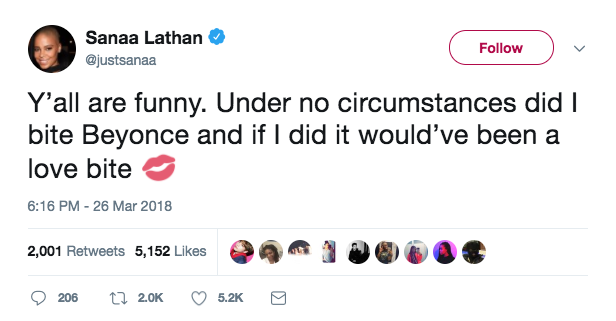 Anytime someone makes up scenarios, like “if I did it!” they usually did it!  OJ Simpson is a prime example!!

Today, sources close to Tiffany Haddish have shared with TMZ that Tiffany confirmed to them that it was Sanaa!

One source said it was not an aggressive bite … it was playful and noninvasive, but still caught Beyonce off guard.

The story goes … Sanaa was talking to Jay in a way that made Bey uncomfortable. Beyonce went over to Sanaa who brushed off any insinuation of inappropriate conduct and then gave her a jokey bite.

Tiffany told Beyonce she was going to kick Sanaa’s ass, but Bey told her to let it go.

Sidenote: Sanaa probably feels like it’s OK to flirt with Jay Z because he mentioned her name in his song Lucifer, where he says “flyer than Sanaa Lathan”.  So she knows he thinks she’s attractive.  But still, Sanaa…. you gotta do better!