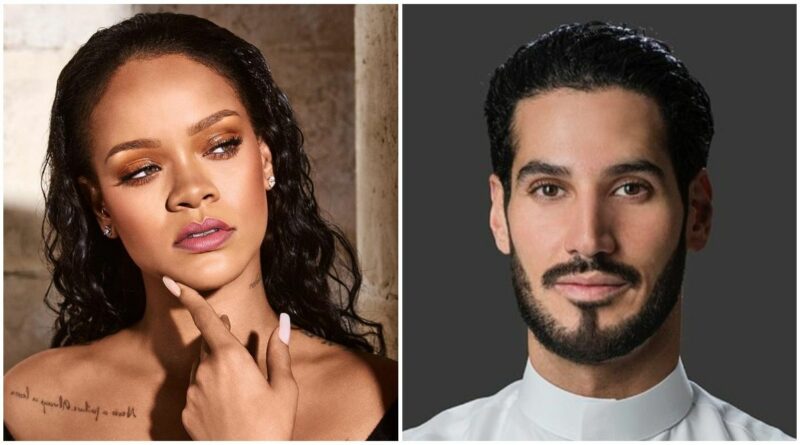 The two were first spotted together back in 2017 and the internet went crazy over their lip-locking photos as they enjoyed a dip in a pool in Spain. This was one of the first few pictures of them (I say few because they’re pretty low key about their relationship). Since then, they’ve been spotted together in different places, different cities, and even different countries.

They had a long distance relationship because Riri was in Cali while Hassan was in London. So, it’s fair to say no one really knew details about their connection. It seems as though they had an on and off relationship. It’s either that or the two can really keep things quiet. When Rihanna was with Drake for a while, at least her instagram gave us some information. When it comes to Hassan, you won’t find ANYTHING on @badgalriri’s page about him nor would you find anything about Rihanna from Hassan’s page. But, recently, in an interview with The New York Times, Rihanna mentioned that she moved to London. Hmm… is that because her team for her makeup line, Fenty, is located in London or because Hassan lives there? Whatever the real reason may be, it doesn’t change the fact that she is now way closer to her bae.

Speaking about her bae, Hassan Jameel is known for being an entrepreneur. He was born into a family who has great business skills. His father and his grandfather were both in the family business called Abdul Latif Jameel (started by his grandfather back in 1945). This is an international company in Saudi Arabia that works with the company Toyota. After getting his MBA from London, Hassan went back to Saudi Arabia to work in the family business. Now, he is the Deputy President of the company.

Hassan has his company going strong and Rihanna has hers, especially with her new fashion house in the works. With the two of them being so busy, it’s clear to see why they might not be glued to each other. But, just because we don’t see pictures of them, doesn’t mean they’ve stopped dating. Since 2017 there have only been a few photos of the two of them together. A year ago, a photo was released of the couple on a dinner date. It’s as if everyone waits for a photo to appear to confirm that Rihanna and Hassan are still together. Well, for those who are interested in knowing their status, three months ago, Rihanna was spotted with Hassan at a Lakers game. If these rare photos are the confirmations, then you can still say they’re going strong.