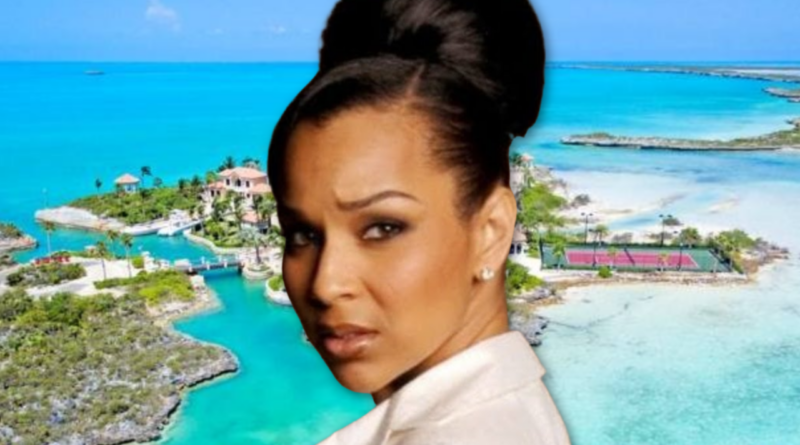 Lisa Raye McCoy is going viral for implying that she discovered the island of Turks & Caicos!

During an episode of Cocktails With Queens on Fox Soul Lisa Raye spoke about her time as “First Lady” of Turks & Caicos (they actually don’t use that title) and said that she upgraded the island and let people know that it existed. When speaking about her marriage to the former prime minister of Turks & Caicos, Mike Misick, she explained how she alerted the world to the presence of the island of Turks & Caicos and gave it an upgrade.

Her co-host, Claudia Jordan, joked that she “upgraded the island,” to which LisaRaye said,

damn right! Say it for the b—hes in the back!

Lisa Raye then went on to say,

Because Turks & Caicos was a jewel of an island, an elite island that no one knew about until I said ‘Hey, here we are over here…An hour away from the Bahamas! An hour and a half out of Miami! We’re right next to Haiti! It’s beautiful! The sun and the sand and the water, come see what I found over here!

The people of Turks & Caicos were not here for Lisa Raye implying that she introduced the rest of the world to the presence of their island and they let her know on social media, with some even referring to her as “Lisa Raye Columbus.”

An a follow up episode of Cocktails with Queens Claudia Jordan revealed she had people in her inbox confronting her about Lisa Raye’s comments. Lisa Raye addressed the comments saying.

Those people in your inbox were probably people who can’t even afford to go to Turks and Caicos, so next!

Secondly, that would be absolutely ludicrous for me to say Turks and Caicos wasn’t known, although it wasn’t known to me when I first met Michael. I didn’t know anything and didn’t even know how to pronounce it. But I stand by what I said.

Check out everything she said here:

What do you think about Lisa Raye saying that she “found” the island of Turks & Caicos and upgraded it? Leave a comment and share your thoughts!