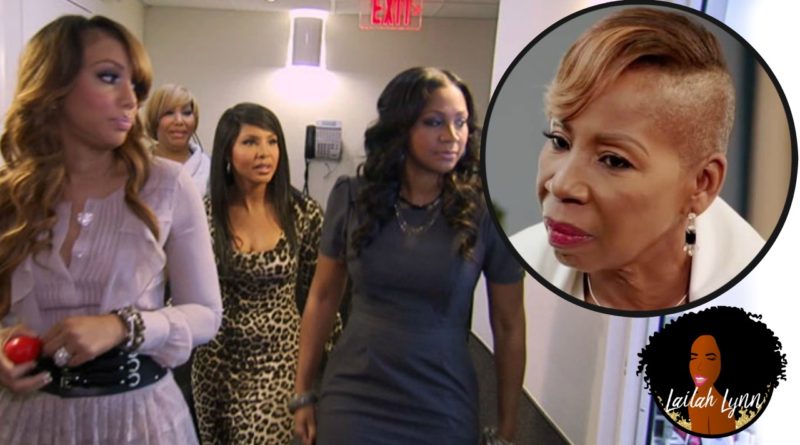 It’s being reported exclusively by thejasminebrand.com that the Braxton Sisters Toni, Towanda, Traci, Trina & Tamar will be filming an episode of Iyanla “Fix My Life” with Iyanla Vanzant.  The jury is still out on whether Iyanla really fixes anybody’s life on that show.  But nonetheless, the Braxton Sisters will allegedly be taping with Iyanla in an attempt to fix their family issues.

The Braxton Sisters have not been on one accord for some time now, and it seems like each one doesn’t know what the other one is doing.  Like Tamar is saying that the entire family – besides Traci – is on strike and not promoting the show.

But then Trina pops up on BossipTV on WE and is promoting the show.  So they seem to be out of touch with one another, which is very sad to see.

Traci has filmed the show, along with special guests Phaedra Parks aka Phaedra Braxton and Miss New York and Flavor Flav. It seems like Braxton Family Values, which was a cozy family show, is turning into a hodge podge of random reality tv stars, kinda like the Vh1 show – The Surreal Life.

And I think that’s what Tamar is talking about when she says the show is “ratchet black television” and when she calls it “disrespectful”.

So the sisters have allegedly all agreed to give Iyanla Vanzant a chance at fixing their sisterhood, which is bruised but not broken. A source told thejasminebrand.com:

“There’s no word on what happened with the situation but they are pressing on to film ‘Iyanla Fix My Life’ this week and the Braxton Family Value production cameras will be present as well. They’re hoping that Iyanla can help the family get back to loving each other and supporting one another.”

For those of you who commented on another video asking me what are Iyanla Vanzant’s credentials – from what I read she is a Spiritual Life Coach and Certified Tapping Specialist.  “Tapping” is an energy releasing practice that you can Google to find more about. But Iyanla allegedly has the tools to help clear the Braxton Sisters of the negative energy in their lives, so we’ll see how this goes.

But in my personal opinion, Miss Evelyn Braxton is just as qualified to help the Braxton Sisters as Iyanla Vanzant.  She’s a woman of God that is not afraid to tell it like it is.  So I would think they would film a sit down intervention with their mom at the helm before Iyanla, but I’m guessing maybe Miss Evelyn is just too close to the situation to really help.

Leave a comment and let me know what you think about the Braxton Sisters appearing on Iyanla Vanzant’s “Fix My Life”. Do you think Iyanla will be able to help them? Or is this just for show?