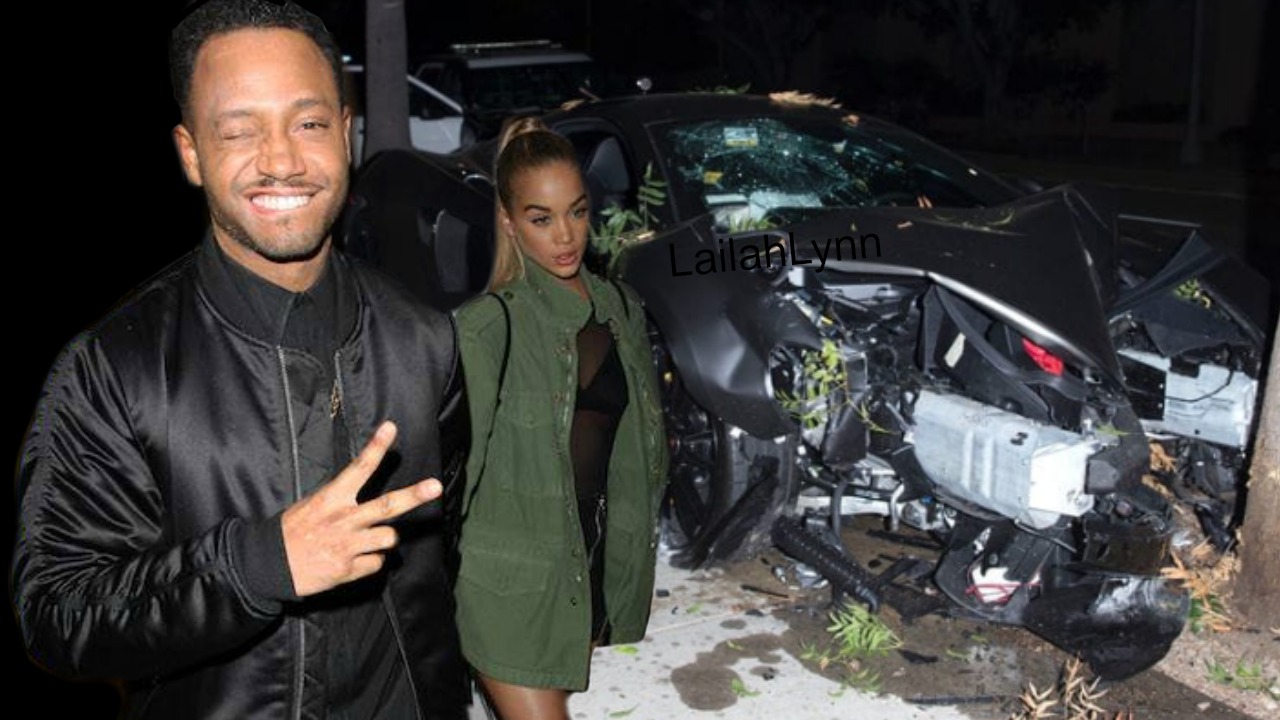 Former 106 & Park co-host  Terrence J is reportedly being investigated for his alleged involvement in a hit and run.

According to TMZ, a $200,000 black McLaren registered to Terence J slammed into a parking meter until it slid into a tree early Tuesday morning.

TMZ also reports that Terrence J was in the passenger’s seat while his female companion was driving the car and eventually lost control for an unknown reason.

They both reportedly fled the scene before police officials arrived.

Initial details reported that the woman with him in the now-wrecked vehicle was his girlfriend, Jasmine Sanders.  Witnesses say the woman was wearing a blue jumpsuit.  And coincindentally Jasmine had posted pictures of her in a blue trench coat on her Instagram the day before, that could have been mistaken for a jumpsuit.

Jasmine also posted a video to her insta-story about 2 hours prior to the crash.  And in the video she is staring into the camera and some say she looks high.

However, I’ve zoomed in and looked at this video a few times and she doesn’t look high to me.  Her pupils are not dilated, or constricted for that matter.  And her eyes look very clear.  So I don’t think she was high.

And a rep for Jasmine denied Jasmine being in the car with Terrence J during the time of the accident anyway.  The statement said:

“On behalf of our client, Jasmine Sanders, we would like to clarify that Ms. Sanders was not in the vehicle at the time of this morning’s accident and was in no way involved.”

So if the rep’s statement is true, then it looks like Terrence J was out creeping on his girlfriend and got caught!

Anytime a couple leaves the scene of a crime, like a car crash like this, it’s either because of 1. drugs or 2. they’re not supposed to be together in the first place.

Terrence J has yet to make a statement about the accident, but I will do an update when he does.

In the meantime, let me know what you think: was Terrence J out her creeping? Or do you think Jasmine’s rep is lying and Jasmine was driving his car?