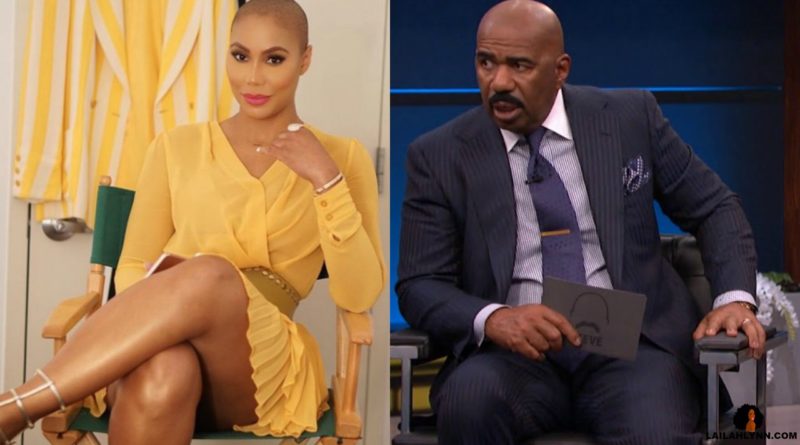 Those of you who have been following Tamar Braxton since she was on The Real certainly remember that almost immediately after being fired from The Real, Steve Harvey announced that he would be working with Tamar in developing her own talk show that she would not only host but also produce.

The announcement was made on June 2, 2016, just days after news broke that she would no longer be co-hosting The Real, when she appeared on Steve Harvey’s radio show.

We’re proud to announce that my production company has just signed Tamar Braxton to produce a talk show, TV series with Tamar Braxton. We’ve signed her to East 112th Street Productions for a new show. We saw the opportunity of what people may recognize as the end, but it’s not. It’s such a beginning.

But in the almost two years that have passed since then, Tamar’s talk show has yet to see the light of day.

Tamar visited Essence Live in March of 2017, almost one year after leaving The Real,  and she spoke on the progress of the talk show. And though not much progress had been made, she confirmed it was definitely coming.

The fact that Tamar said that they were still working out basic details, like what it’s going to be about, was a sign to me that it was still in the early, EARLY stages of production.

But at one point, Tamar announced that her new talk show would be premiering in September of 2017.  But September came and went and there was still little real news about her show. 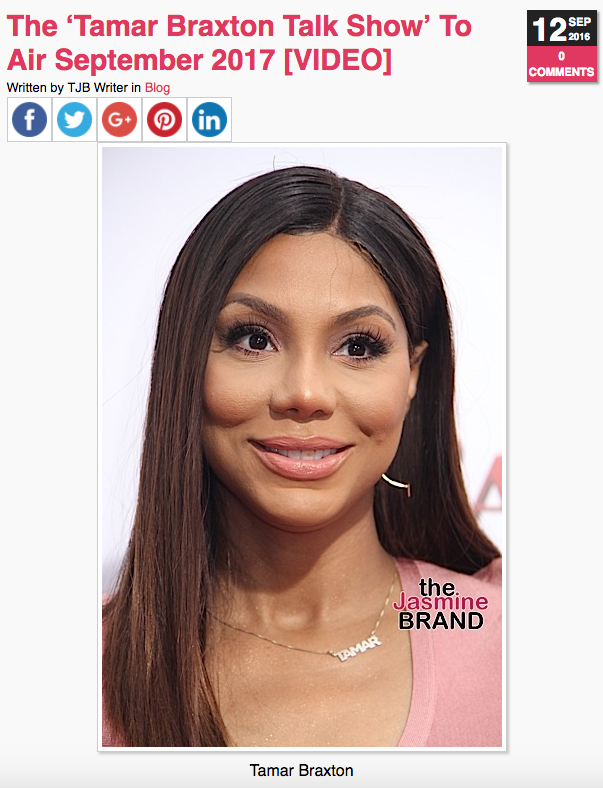 That’s my sis @jekalyncarr is out here with the TRUTH this morning!! It took me almost 3 years to appear on ANY @steveharvey productions. miss universe called ❌concerts in Bahamas ❌,disney dreamers ❌essence❌ and I would ask my so called connection over there and they acted like they were booked or didn’t know about it🤔 come to find out it was all because of an insecure person who was mad about my calling and anointing and favor!! Well baby cakes it isn’t fair! Im glad I’m wise enough to know that you cant go toe to toe with GOD!! He WILL arrest you and HAVE HIS WAY!! So STAY out of KINGDOM work🤷🏾‍♀️ And look at God!! He proves that Your DESTINY is YOUR destiny!! People can try to block you for a second but VICTORY is MINE TODAY!!! I WILL BE MAKING MY FIRST appearance on the @iamsteveharveytv show in @nbc and its sooo good and funny😊 tag your bestie to watch with you❤️❤️ #sohappy🍀

Tamar revealed that she had a “so-called” connection at Steve Harvey’s production company, East 112th Street Productions, that was actually blocking her from working with Steve Harvey!

Steve Harvey has made it clear in the past that he is a very busy man.  So apparently even though Steve clearly wanted to work with Tamar, Tamar still had to deal with people that worked for Steve in order to get the ball rolling.

And apparently the “so-called” connection that Tamar had at Steve’s production company would pretend that they were booked or that they had no idea what was going on, when Tamar would ask them about working with Steve Harvey.

Like she said in her caption, SHE was called about working with Steve Harvey on Miss Universe, they called her. But apparently when she returned to the call to her “so-called” connection over there – they either acted like it was booked or like they had no idea about it. 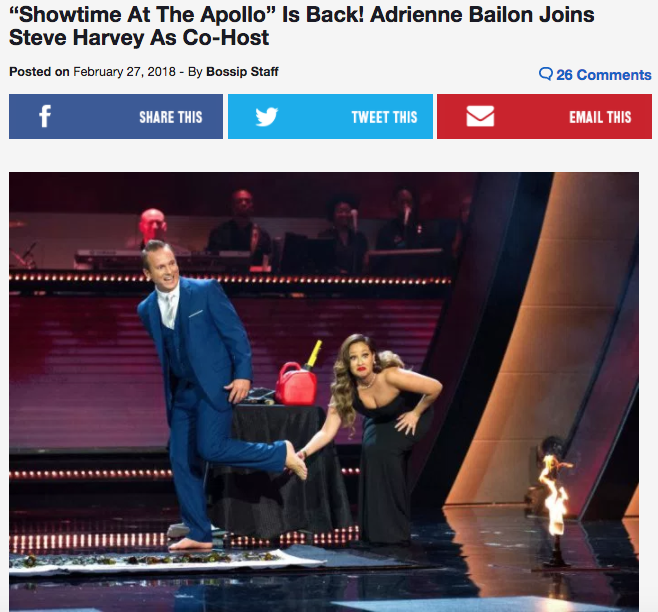 But like she said, you can’t go toe to toe with God.  And what God has for her is STILL for her.  Today she will be appearing on Steve Harvey’s talk show, Steve, and I can’t wait to see it!

set your DVR’s because she’s FINALLY on uncle @iamsteveharveytv NOBODY can block what GOD has for YOU!! PERIOD! #blessedbetherock🍀 ON tomorrow☀️💫check your listings! On @nbc Don’t miss the FIRST day of TV FUN🤸🏾‍♀️ #😜

It seems that she will be doing a segment on the show, which might not sound like much.  But the fact that she’s appearing on daytime tv with Steve Harvey means that she has gotten past the road blocks that her “connection” set up for her.  And she is FINALLY actually working with Steve Harvey.

I can’t wait to see what Tamar Braxton and Steve Harvey come up with as far as her new talk show! But I’m also curious who it was blocking Tamar at Steve’s production company.

What do ya’ll think about Tamar FINALLY getting to work with Steve Harvey after almost 2 years?