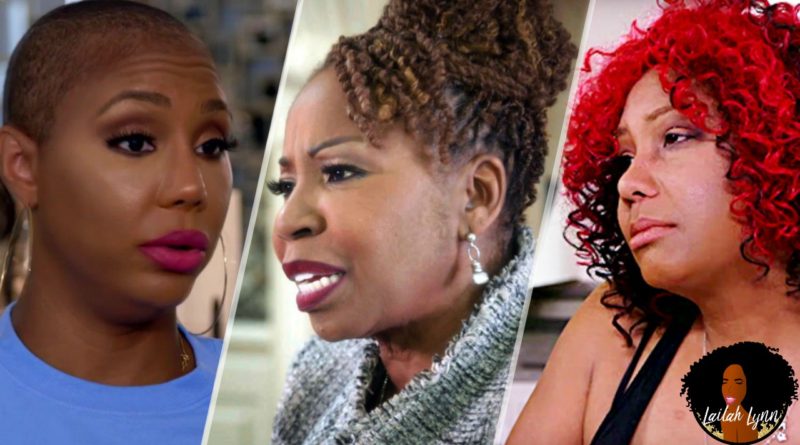 Just a few days ago I reported that the Braxton family, Toni, Traci, Trina, Towanda, Tamar and Miss Evelyn would be on Iyanla Fix My Life, and the Braxton Family Values cameras would be rolling.  Tamar seemed to confirm the news on social media when she teased that she had a surprise for her fans and hinted that she was filming something.

Well, a lot of you guys felt that the Braxton family appearing on Iyanla, Fix My Life would not be helpful for them.

1. Because Iyanla RARELY fixes anybody’s life and sometimes she seems to actually make it worse.

2.  And two, because Iyanla is nasty and rude to her guests, and that definitely would not go over well with Tamar and especially with Ms Evelyn.

Trina Braxton previously appeared on Iyanla, Fix My Life with her ex-husband Gabe Solis.  And on that show Iyanla told Trina that she learned to be mean and bitter from her mother, Evelyn Braxton.

So if Iyanla told Miss Evelyn to her face that she was mean and bitter, then I know the show didn’t go well.

And as soon as I saw his tweet I knew what he was talking about.  Then later he tweeted:

And now y’all know he was talking about Iyanla!  Tamar responded to his tweet and said: 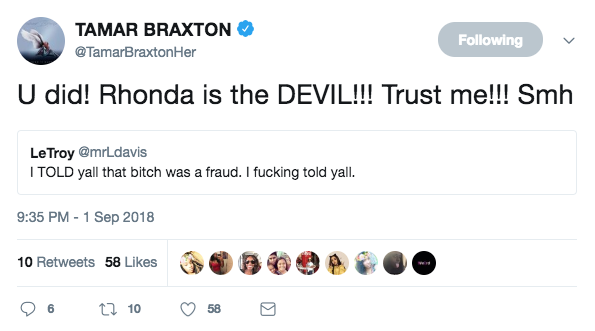 Now if you don’t know who Rhonda is, Rhonda is Iynla Vanzant’s real, government name.  Iyanla is the title that was given to her during a spiritual ceremony.  But her legal name is Rhonda Harris, not Iyanla Vanzant.

READ  Countess Vaughn Claims Her Insecure Boyfriend Threw Bleach In Her Face To Keep Her From Working!
Powered by Inline Related Posts

So he confirmed a lot of fans concerns that not only would Iyanla Vanzant NOT fix the Braxton family’s lives, but that she would actually make things worse.

The air date for the episode where the Braxton family appears on Iyanla, Fix My Life has not yet been published.  But this video is just a warning that Iyanla did NOT fix the Braxton’s lives and quite possibly made their issues worse!

Leave a comment and let me know what you think about the Braxton’s appearing on Iyanla, Fix My Life.  Do you think the sisters are letting too many people into their family to try to fix their issues?  And do you think they’ll ever be able to work things about between themselves?

3 thoughts on “Tamar Braxton Confirms: Iyanla Fix My Life Was A 💩 Show”