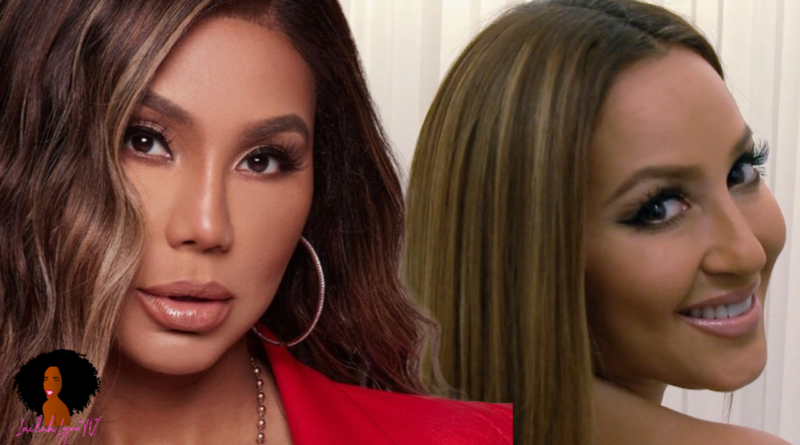 Singer and reality tv star (and former “The Real” television host) Tamar Braxton has called out her former colleague and friend, Adrienne Bailon Haughton, on Instagram urging her to do the new IG singing challenge #Hesgotthewholeworldchallenge.

Tamar and Adrienne developed a friendship while hosting “The Real” together from 2013 to 2016, when Tamar was infamously let go from her position. Rumors swirled that the other hosts, including Adrienne, were involved in getting Tamar fired.

It was later revealed that Adrienne, Tamera and Jeannie had nothing to do with the efforts to get Tamar fired. However, Tamar and Adrienne’s friendship seems to have gotten lost in the fire of those rumors.

Tamar posted a video of her singing the song, He’s Got The Whole World In His Hands, and in the caption she said:

Even when we don’t have ourselves, My Dear God, You are the ONLY thing that has got us. We are depending on you. YOU are the only one who can fix this. This here is bigger than all of us……BUT you are BIGGER 🙏🏼 #HesGottheWholeWorldChallenge #GodBless #SingForHim

Tamar also tagged Adrienne on her IG stories, urging her to participate in the challenge.

It sounds like Tamar may be sending Adrienne an olive branch by asking her to participate in the singing challenge.

Do you think Adrienne will take the olive branch and participate? Leave a comment and share your thoughts!