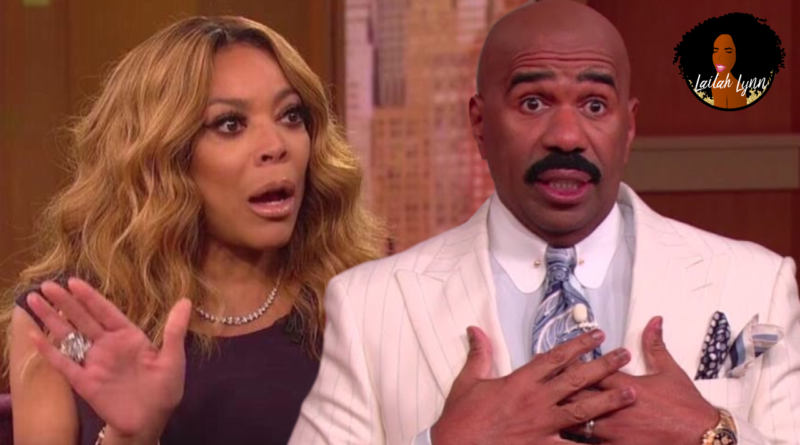 Alright you guys, so we have all been on Wendy watch since December when she disappeared from her talk show. I reported on how, before she left, she tried to host the show with a fractured shoulder, which was allegedly cracked by her husband. (Unfortunately, there are rumors that date back for decades about her husband allegedly abusing her.)

Then I reported on the apology she posted when she admitted that she was high on pain killers that were prescribed due to her injury. I also reported on the statement Wendy put out saying that her health is her primary concern and that she is taking the next few weeks off to focus on getting well.

Well, what I haven’t reported on, partly because I just didn’t want to believe it, is the rumors that top level executives at Wendy Williams are making plans to re-brand the show- without Wendy!

There are currently two sets of plans in place behind the scenes at Wendy Williams, because there are two ways that things could go. There is the plan that Wendy will return to the show in approximately 3 weeks, which I reported on, and there will be a big comeback episode for Wendy.

But then there is another plan. A plan that does not involve Wendy returning. It instead involves taking advantage of Wendy William’s built in audience at her time slot, and replacing her show with a “new” show that is built on the same platform as her current show. I’m talking about the same employees working there and everything.

Now here is where Steve Harvey comes in.

Radar Online reports, Steve Harvey has been fuming over NBC pulling the plug on his self-titled TV show in favor of former American Idol champ and daytime newbie Kelly Clarkson.

While Wendy Williams’ future at FOX hangs by a thread, sources said bigwigs have reached out to a select few presenters who they believe could take her place — including 62-year-old Steve Harvey and Wild ‘N Out star Nick Cannon. Nick Cannon immediately signed on to substitute as host of The Wendy Williams Show during her “necessary break.” But behind the scenes, Steve Harvey is allegedly open to taking over Wendy’s show.

“The FOX guys see Steve as a big enough name, and word in the industry is the way he’s been treated by NBC, he feels they don’t deserve him.

“They are considering a few people who could be a ratings hit, in case Wendy needs more time to get better.”P

“If he goes back to a show run by a big network, they will pump lots of money into it — and he thinks it will get him back on top of the TV ratings.”

Meanwhile, while Steve Harvey is allegedly planning to take over Wendy Williams time slot, Wendy’s husband Kelvin is calling her a “selfish witch” for retreating to Florida instead of staying in New Jersey and continuing to host her show.

Y’all remember when Wendy fainted on live TV last year and when she came back she said that her husband Kevin aka Kelvin, was the one who pushed her to get back on stage and finish hosting the show? She made it seem like he practically wheeled her back to the stage and propped her up. Well, according to the app “Ask Herbie” it’s being reported that instead of Kevin being empathetic to Wendy’s health right now, he’s actually pissed off at her and calling her a “selfish witch” every time he mentions her.

According to sources posted to the “Ask Herbie” app “He’s in total disbelief that she’s packed up and left out of nowhere. He feels as if she’s not taking the livelihood of her show’s staff into consideration as she puts the future of the show in danger, and now refers to her as “selfish witch” anytime he mentions her.”

Whew! Chile! The audacity! It’s always the men who cheat who want to call someone else selfish!