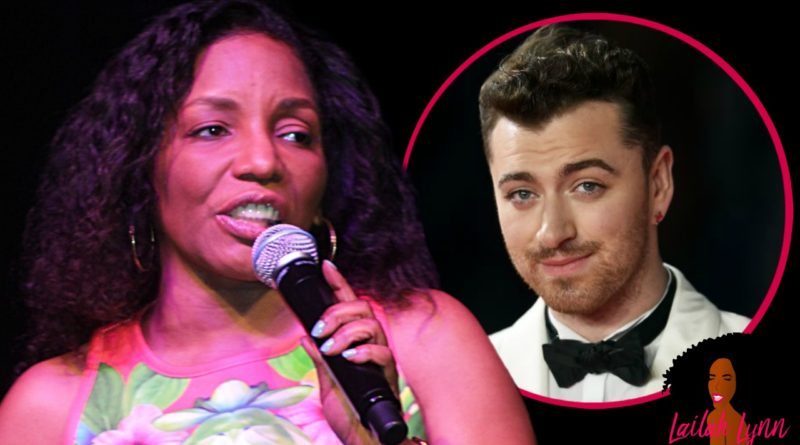 It all started with Adam Lambert, former American idol contestant and now a pop singer and actor, posted a video to Instagram of Sam Smith saying that he liked a Michael Jackson song that was playing, but he didn’t actually like Michael Jackson.

Sam Smith did the theme song for one of the James Bond movies called “Writings On The Wall” which sound eerily similar to Michael Jackson’s “Earth Song” and actually won an Oscar for it!  So that’s why Black Twitter was up in arms when Sam Smith said he doesn’t like Michael Jackson. 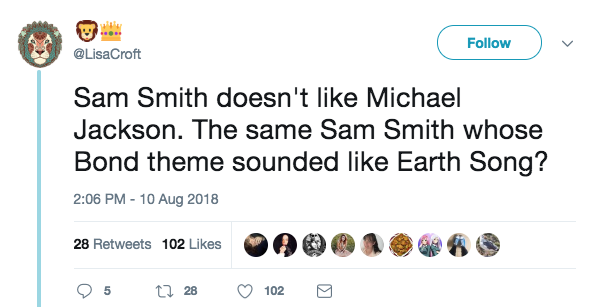 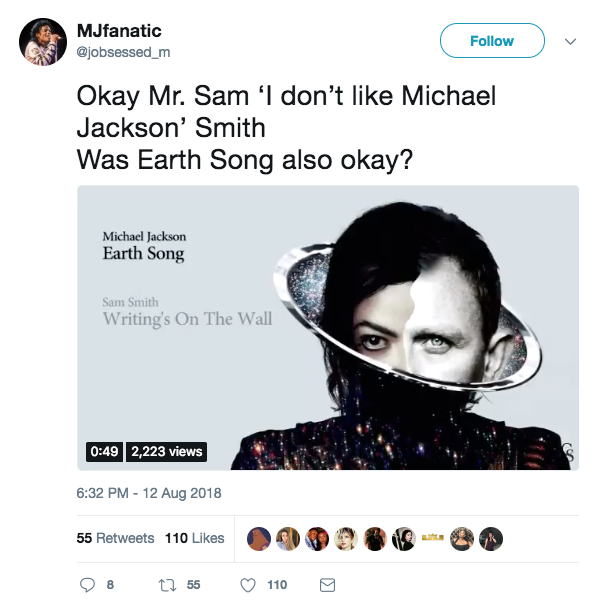 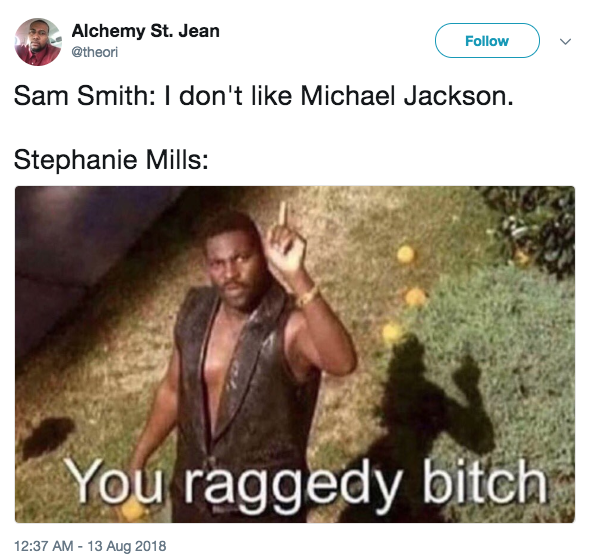 She posted this picture of an article discussing Sam Smith saying that he did’t like Michael Jackson with the caption: 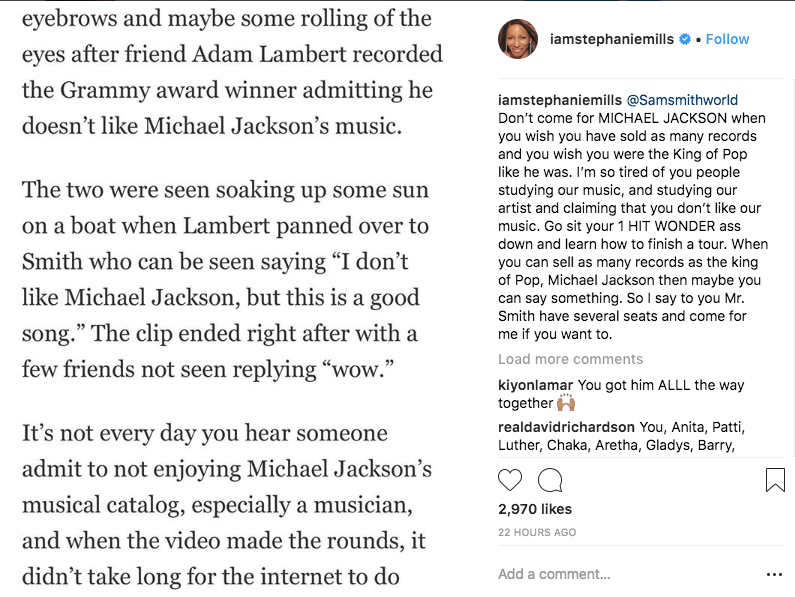 In case you didn’t know, Stephanie Mills is very passionate about the work of Black R & B artists being stolen and used to create the careers of Caucasion artists.  She spoke about this in a Sister Circle interview not long ago. 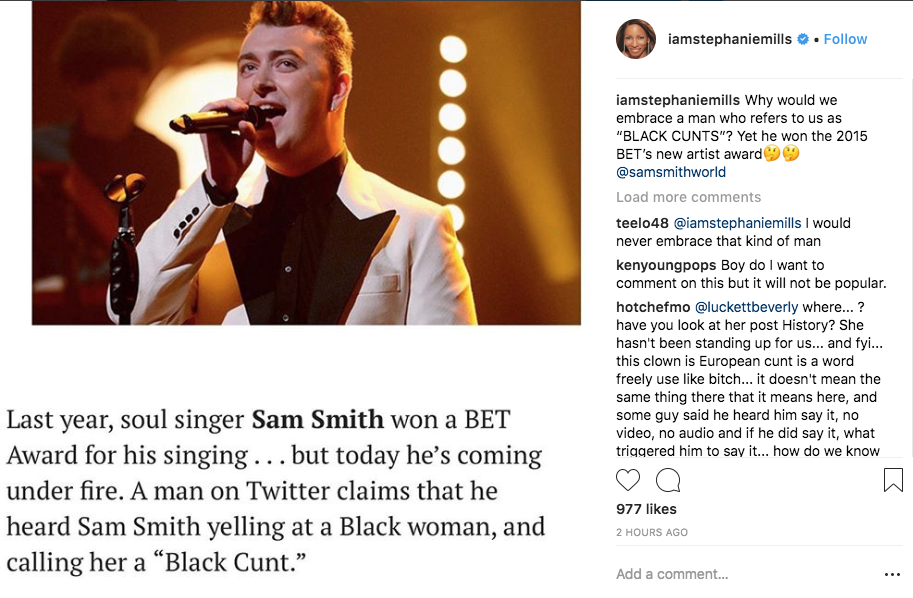 Sam Smith surprisingly did win the 2015 BET Best New Artist Award, although he didn’t bother to show up to accept it.

Anthony Anderson accepted the award on his behalf and joked

So the Black community has definitely shown Sam Smith love, despite the fact that a lot of his artistry seems to come from copying Black artists.  Leave a comment and let me know if you think Stephanie Mills was right in what she said about Sam Smith or is this all some kind of big misunderstanding?