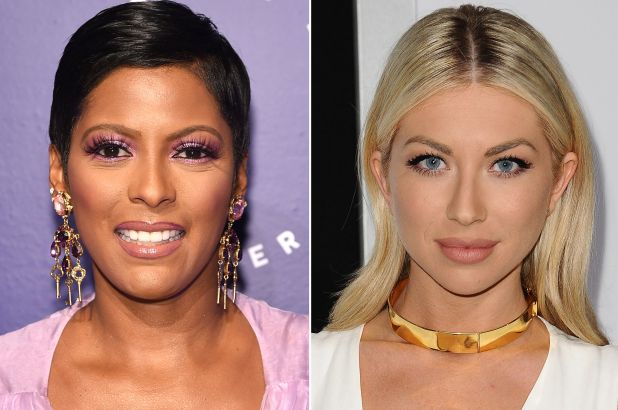 Tamron Hall is starting the premiere week of the second season of her talk show with a bang! First, she had the first interview with disgraced politician Andrew Gillum after he was found unconscious in a hotel room with a male escort.

And now she is holding former Bravo star, Stassi Shroeder’s, feet to the fire for her racist behavior. Stassi Shroeder was infamously fired from ‘Vanderpump Rules’ after a podcast resurfaced of her admitting to calling the police on the only Black woman on the show, Faith Stowers.

Stassi had seen a photograph of another Black woman (who looks nothing like Faith) committing a robbery, and she took it upon herself to call the police on Faith – presumably because ‘all Black people look alike.’

The police encounter could have ruined Faith Stowers life.

In a separate incident Stassi captioned a picture of herself as “Nazi chic”, implying that there was something chic about looking like a Nazi!

In this interview Tamron Hall questions Stassi on if she has really changed and Stassi admits that she “was a Karen.” But Stassi says she has been meeting with a ‘diversity coach’ who has been teaching her about the oppression Black people face and now she is a better person.

What do you think about Stassi Shroeder admitting she was a Karen? Do you believe she’s changed?