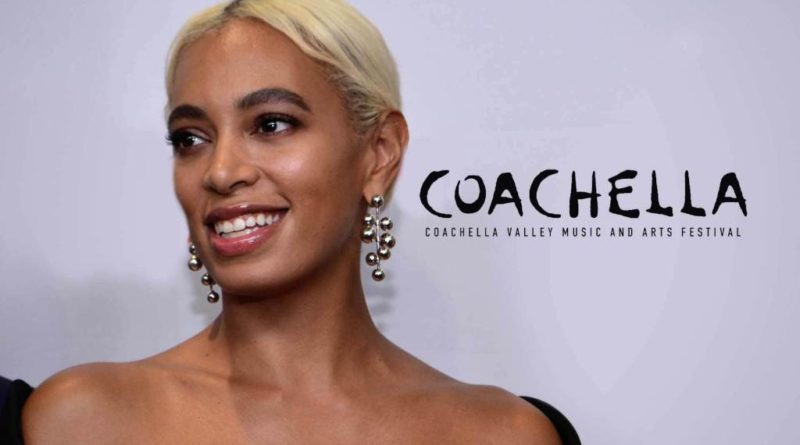 **Update** It has been revealed that the real reason Solange cancelled her Coachella show was because members of her band fell ill and she could not find and train suitable replacements fast enough. TMZ reports “Sources close to production tell TMZ … members of Solange’s band started getting sick, and she couldn’t find the right mix of replacements … Solange tried out several different musicians, but it just didn’t work … mainly because Solange and co. couldn’t figure out how to work in all the new pieces.  “

Today there’s good news and bad news for the Knowles girls. I like to give the good news first. And the good news is that Beyonce released the trailer for her Netflix documentary ‘Homecoming’. The bad news is that Solange has cancelled her Coachella performance citing ‘major production delays’.

Solange was scheduled to perform at Coachella, which is less than a week away, alongside performers Kid Cudi, Weezer, Aphex Twin, J Balvin and headliners Tame Impala. Coachella announced the cancellation via Twitter Sunday evening.

Solange and her team have not provided any details as to what the ‘major production delays’ are. And when Rolling Stone reached out to Solange’s spokesperson for a comment, they were advised to refer to Coachella’s tweet. Bloop!

Since Solange’s team is tight-lipped and not willing to give additional details on what the production delays were, we can only assume that Solange – being the perfectionist that she is – wanted to put on a perfect show that reflected her vision and Coachella production was not able to bring her vision to life like they did for her sister.

I really feel like this would have been another Black Girl Magic moment, so it sucks Coachella production can’t make it happen.

Leave a comment and let me know what you think about Solange cancelling her Coachella performance!