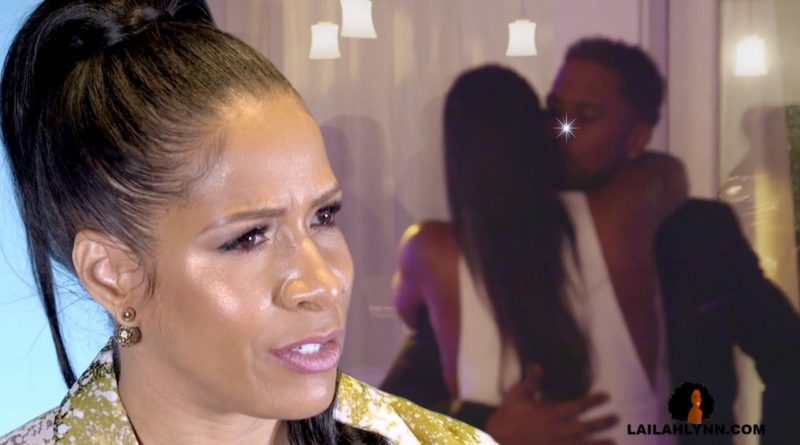 I am so glad to hear Kenya say that this season of Real Housewives has brought them closer together as a couple instead of pushing them apart.  To me, when Kenya first got married it seemed to me like Marc didn’t really have Kenya’s back because he refused to appear on camera.  But now things have completely turned around and he is showing his face on camera and even talking to the other housewives, which he really didn’t have to do. Yes, as Kenya’s husband he had to support her.  But he didn’t have to film a scene with Sheree.  And he didn’t have to answer her shady questions about his nose ring, but he was a trooper and he did it (for Kenya.)

But even after the show, Sheree was still shading his nose ring!

In my opinion, Sheree is the LAST person that should be shading someone’s husband – especially for something as petty as a nose ring! It seemed to me that she couldn’t find anything else to shade about him so she chose the smallest detail she could find and tried to make it a thing.

But Twitter, and even Essence Magazine thought Sheree had a lot of nerve trying to shade someone’s husband, when her man is in jail.  Check out these tweets: 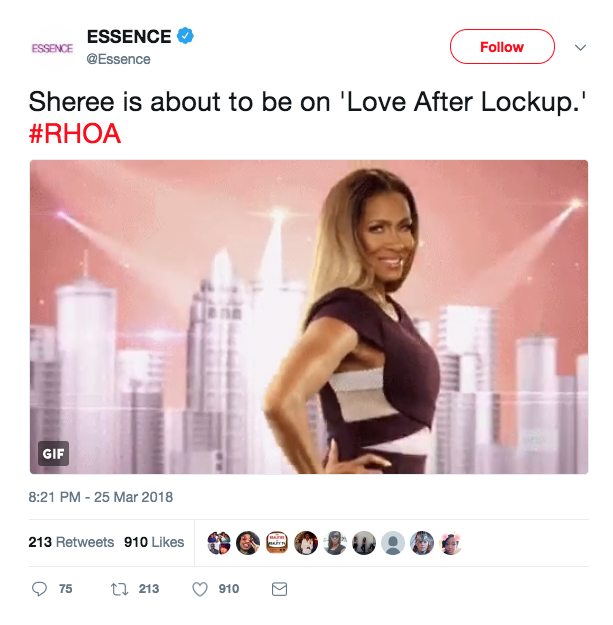 And other people brought up last week’s episode where Sheree was doing Glamour Shots for her man in prison. 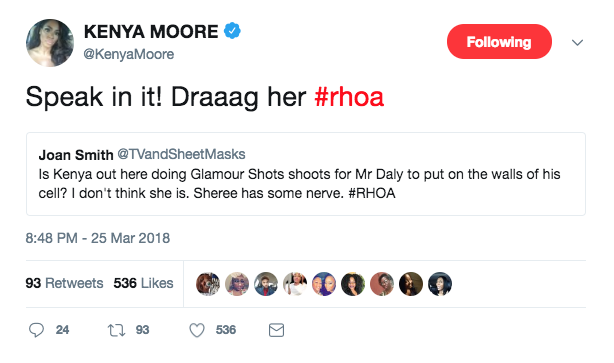 Sheree also tried to call Kenya’s husband out for only holding her hand on camera:

But RHOA fans weren’t feeling that either.  One fan said:

Sheree must have still been salty this morning because she was still tweeting about Kenya this morning.  She tweeted: 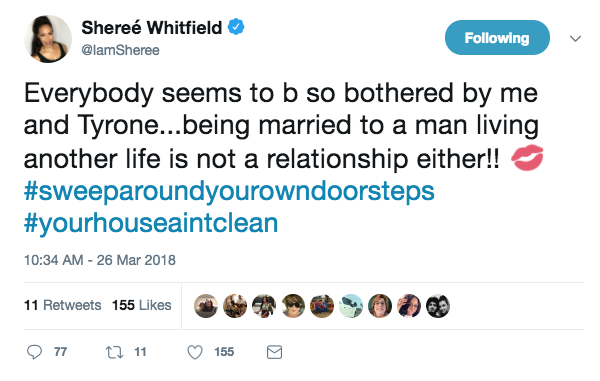 What do you think about Sheree shading Marc Daly about his nose ring?