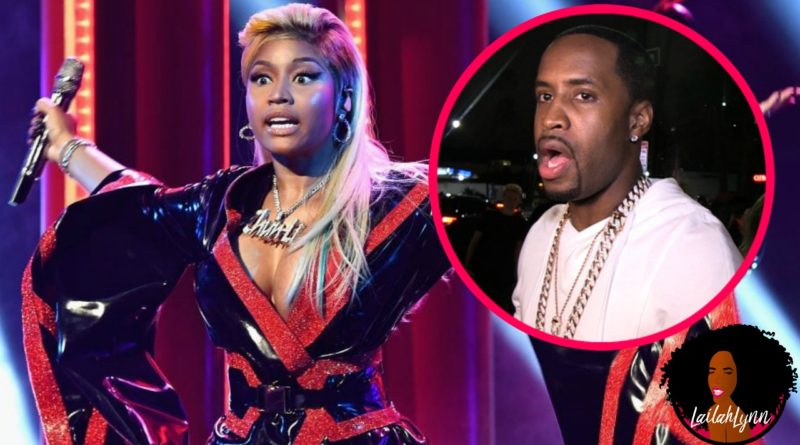 Ever since she dropped her Queen album, Nicki Minaj has been going at it with everybody!

She should have taken a page out of Mariah Huq’s book and stayed on her chariot.

But instead she’s playing in the dirt with people like DJ Self and DJ Envy and now her ex-boyfriend Safaree has also entered the fight.

In case you missed it, Nicki Minaj accused DJ Self of talking crazy about Cardi B in order to get in her good graces. And she said that DJ Self was mad that she wouldn’t give him a hug or do a drop for him. She tweeted

Where my hug face ass nigga. Dissin another female rapper won’t me like you. You hold no weight in this city. Nigga look @ ya roster. I did Clue show & he was up there looking like a sad kid. Asking for a drop trying to get a hug. I won’t give you a drop, ur not a Dj HOE.

But DJ Self denied that he ever asked her for a hug or a drop.  He tweeted: 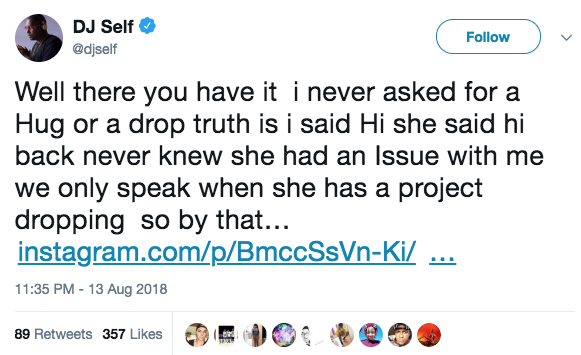 And  he tweeted that Cardi B had the best female rap album out right now. 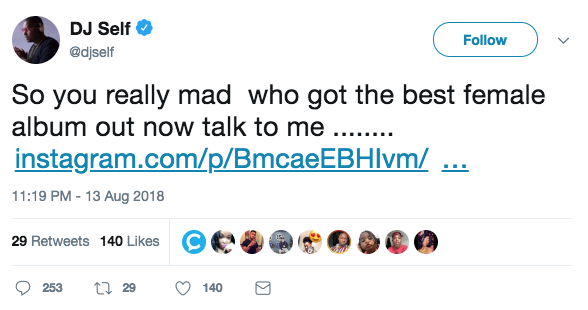 Safaree decided to speak on the beef between Nicki and DJ Self. He tweeted: 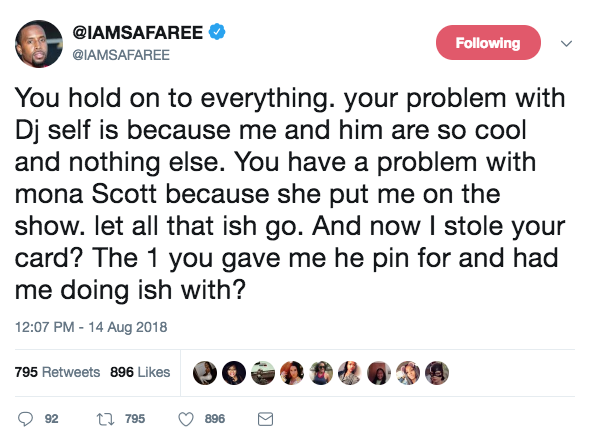 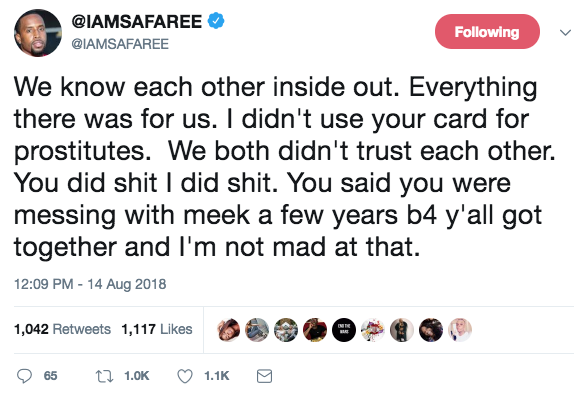 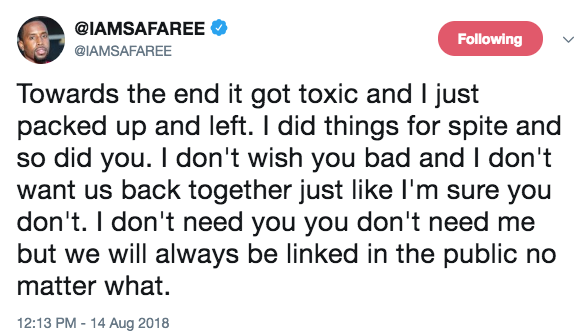 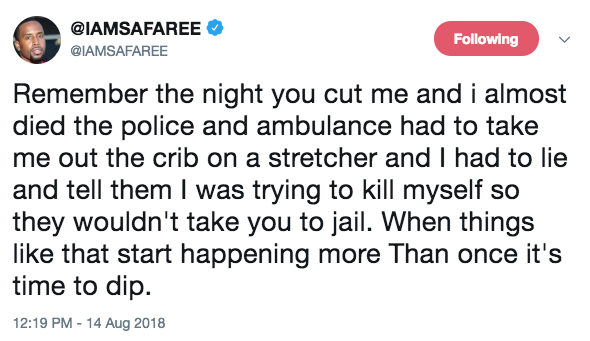