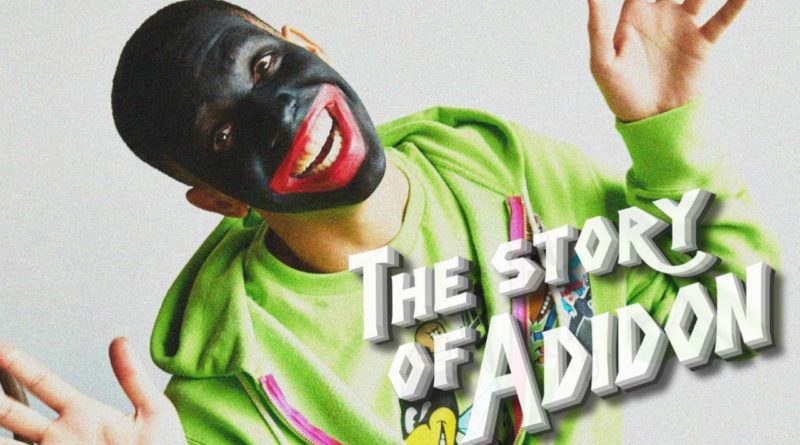 Drake and Pusha T have a well documented “rap beef” that’s been going on for several years now.  And it was recently reignited with the release of Pusha T’s new album Daytona, that takes shots at Drake specifically on the album’s last track called ‘Infrared’.

On that track Pusha raps…

But when Pusha said that, who knew that he was speaking literally and not figuratively?

Well, now we know.  Because Pusha T unearthed a photo of Drake in black face and posted it to social media. 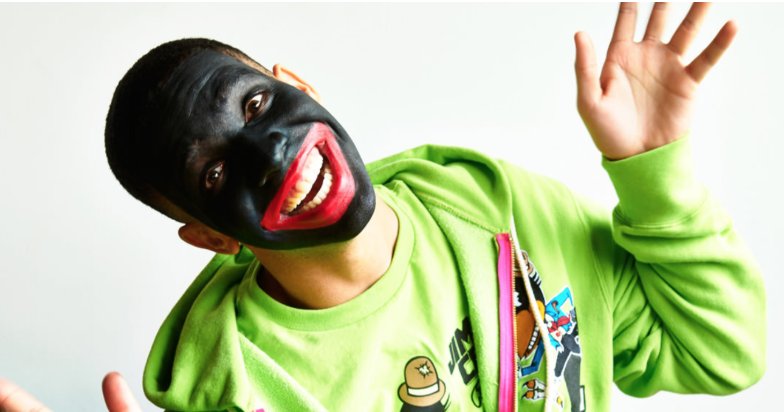 Pusha clarified on Twitter, the image is neither edited nor manipulated. Rather, it comes from a photo shoot Drake did with photographer David Leyes. 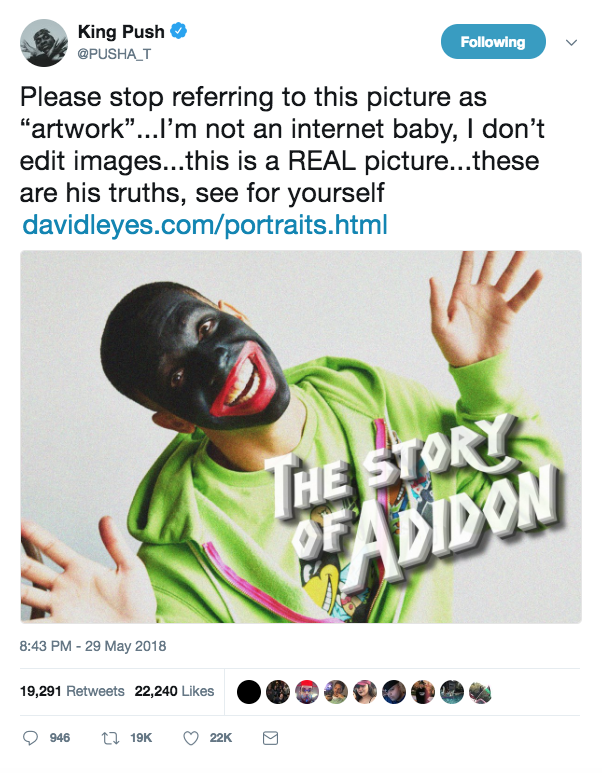 Pusha T tweeted “Please stop referring to this picture as ‘artwork’…I’m not an internet baby, I don’t edit images…this is a REAL picture…these are his truths,” Pusha-T tweeted before linking to the photo on the photographer’s website.

And sure enough, that picture can be seen on the website of photographer David Leyes.

What do y’all think was going on in Drake’s mind when he took this picture?  He looks pretty young in the picture, but still old enough to recognize racist, Sambo images, like the one he is portraying in the picture and the one on his shirt.

How do y’all think this happened? Can anybody explain this?  I can’t think of any reason why this would ever be OK!

3 thoughts on “Ruthless! Pusha T Posts THIS Picture Of Drake For The Cover Of ‘The Story of Adidon’”