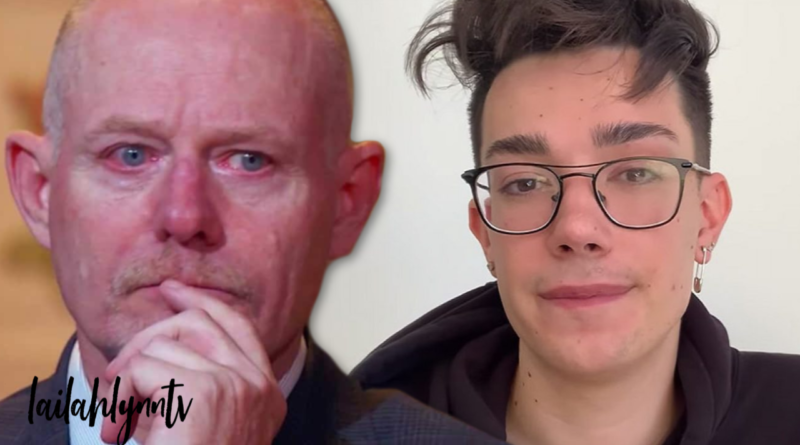 Pop Culture Reality TV
May 13, 2019May 13, 2019 lailahlynn 2 Comments rhop
Share this article to start a conversation!

I hope every mother reading this post had a great Mother’s Day weekend, and if you didn’t I hope you do what you need to do to make sure you have a great Mother’s Day next year. If that means changing the people around you, then so be it! I’m back at my desk after spending Mother’s Day with my mother at her house, and I just have to get this post out of the way before I can begin blogging or vlogging about anything else.

All weekend I watched everybody and their mother’s video about the tragedy that is James Charles on YouTube. In case you missed it, James Charles (a 19 year old makeup guru) had his card pulled and his career nearly ended by fellow makeup guru and entrepreneur Tati Westbrook. Tati had been like a YouTube fairy godmother to him, and he chose to promote her competitors product about two weeks ago, betraying her. Then apparently he texted her some sorry excuse that made her finally go off in a 43 minute video and spill all the tea that she had on him that she had been holding back.

The most bitter part of that tea were the accusations that 19 year old James Charles is possibly a sexual predator that preys on straight men. Tati and others on YouTube allege that James uses his money, power and influence to “bully” young, straight guys into having sexual encounters with him. I’m not exactly sure how that works on straight guys, but I’m just letting you know the frame of mind I was in when I watched Real Housewives of Potomac this Sunday and saw Michael Darby comment about preying on Ray Huger.

I watched the Real Housewives of Potomac last night as I usually do, with one eye on my kids and one eye on the tv. But something that Michael Darby said really caught my attention. At Candiace’s wedding, Michael Darby made the comment that he wanted to grab Ray Huger’s behind!

Ray Huger, husband of Karen Huger, is 72 years old so it really caught me off guard to hear anyone refer to him in a sexually suggestive way. I don’t even hear his own wife, Karen Huger, talk about grabbing his butt. So when Michael Darby say to Juan Dixon that he wanted to gray Ray’s butt, I was outdone!

As you likely know by now, Michael Darby was accused of grabbing the butt of one of the cameramen on the Real Housewives of Potomac during the filming of the current season. Apparently, the cameraman initially pressed charges and Michael was charged with FELONY assault. But the cameraman may have since settled out of court with Michael. However, hearing Michael talk about grabbing the butt of Ray Huger was just unsettling to me!

And it reminded me of the accusations against James Charles of similar, sexually predatory behavior against other men. I personally don’t care if the men that are being preyed upon are gay, straight or bi. The act of sexual aggression against someone who is not in agreement with it, is a freaking crime!

I don’t care how much money James Charles or Michael Darby may have. No amount of money or influence gives anyone the right to prey on other people and touch them sexually without their permission.

And for the record, I do believe Michael Darby is a bi-sexual man. And I don’t say that in judgement or as an accusation, I say it as a description. The same way that I would describe Michael as White, Australian, male, etc., I also describe him as bi-sexual. He has been known to be open about his sexuality off-camera and was even “outed” for having an affair with a young, Black male in London while newly married to Ashley (Google for link). So, I personally would describe Michael as bi-sexual; and Ashley has already revealed that she is bi-sexual. So, in my personal opinion, they are just two bi-sexual people in an open marriage doing whatever it is that they have agreed to.

During RHOP Season 2 Michael grabbed the behind of Katie Rost’s then boyfriend, Andrew. Below you can see the conversation that Ashley had with Gizelle and Robyn after the first butt grabbing “incident.”

So Michael Darby being accused of grabbing the cameraman’s butt was no surprise to me. But yet, I was still surprised to see Michael say that he wanted to grab Ray Huger’s behind. But I guess when you go around forcing your sexuality on people for years and never get reprimanded for it, you grow up to thinking nobody is off-limits! Not even a 72 year old man that minds his business and stays out of yours.

And I think if James Charles hadn’t been outed for similar sexually aggressive behavior this weekend, then he could grow up to be just like Michael Darby, which really would be a shame!

Leave a comment and let me know what you think about Michael Darby saying he wanted to grab Ray Huger’s behind! Personally, I need a break from people that think money and influence can buy them anything.

2 thoughts on “RHOP’s Michael Darby Reminds Me Of James Charles In The WORST Way!”