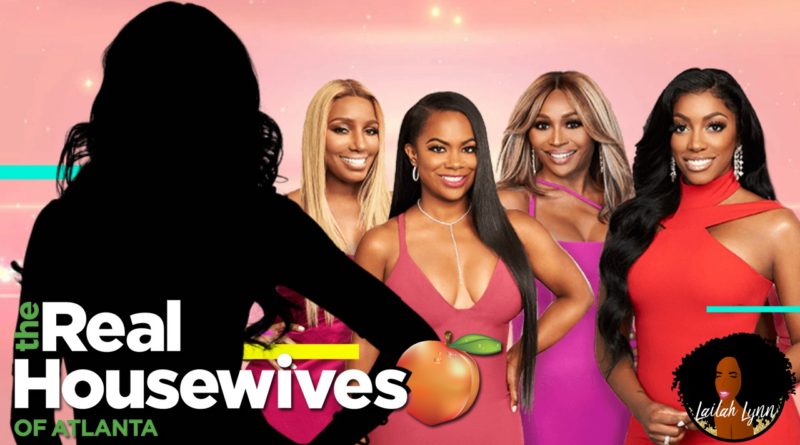 Blogger Tamara Tattles – who is known for her accuracy – was able to exclusively source the newest peach holder for The Real Housewives of Atlanta Season 11 cast.  The information I’m presenting to you here was sourced exclusively by her, and you can visit the link to her blog post in the description box for the full tea on Season 11 salaries, storylines and more tea on who has a real boyfriend this season and who’s man is fake.

I just want to talk to you guys specifically about who is holding Kenya Moore’s peach now that Kenya Moore is no longer apart of The Real Housewives Of Atlanta.

I previously reported that Shamari Devoe was filming for RHOA Season 11 in addition to  nurse turned tech entrepreneur, Tanya Sams.  Click the links in the top right corner to catch up on my videos on Shamari and Tanya Sams if you missed them.

I really liked what I heard about Tanya Sams as far as her business endeavors. She basically helps small business get funding for their businesses.  And I had a feeling with a business like hers, she might not want to be wrapped up in a reality TV contract, and I was right.

However, Shamari Devoe – who is an entertainer by profession- just signed her contract and she will be holding a peach on Real Housewives of Atlanta Season 11!

In case you didn’t know, Ronnie & Shamari Devoe are ambassadors for marriage.  They hosted the “Married 4 Life” walk recently and they really take being married for life seriously!  And they try to help other couples stay married for life too.

So congratulations to Shamari Devoe for getting a peach on The Real Housewives of Atlanta Season 11.  And I hope Bravo gives them to chance to showcase their marriage in a positive light that actually helps other people be better wives and better husbands, for life!

Leave a comment and let me know what you think about Shamari Devoe being the newest Real Housewife of Atlanta.  Do you think Bravo is going to let her spread some marriage positivity on the show? Or is that too much to ask of a reality tv show?