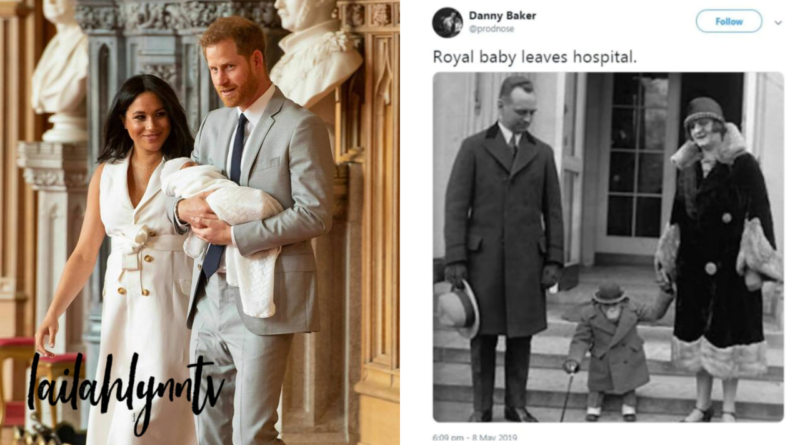 Just a few days ago we talked about how mainstream media outlets, like CNN, were already disrespecting the royal baby before he was even born by publicly asking “How black will the royal baby be?”

And now that the baby’s here, it’s only gotten worse. BBC radio host Danny Baker was just fired for comparing the royal baby to a chimpanzee! Here is a picture of the tweet that got him fired:

In the tweet, which has now been deleted, a man and a woman (presumably parents) are holding the hand of a chimpanzee dressed in human clothing. Danny Baker captioned the tweet “Royal baby leaves hospital.” Which was clearly a shot at the royal baby, who is of African descent.

Danny Baker has since been fired by the BBC. A BBC spokesman said: “This was a serious error of judgment and goes against the values we as a station aim to embody. Danny’s a brilliant broadcaster but will no longer be presenting a weekly show with us.”

Danny has attempted to defend himself on Twitter and claimed that the picture was only a joke. And he also said that he did not realize the comparison of a Black person to a chimp had racial undertones.

In this day in age I cannot believe that a grown man, employed in the media is not aware of the racial undertones of Black people being compared to chimps, gorillas, etc.! I just don’t believe him. And the fact that he claims he could hear the knees knocking of the BBC executive that fired him just proves that he thought the ignorant “joke” he made was acceptable and that he was only being fired due to BBCs fear of the backlash they would receive.

Danny Bakers comparison of the royal baby to a chimpanzee is not the first time a person of African descent has been compared to chimp, gorilla or ape. A subscriber of mine just sent me a video of another on-air personality comparing apes to humans and laughing about it. Her comment is at the 0:03 second mark below: