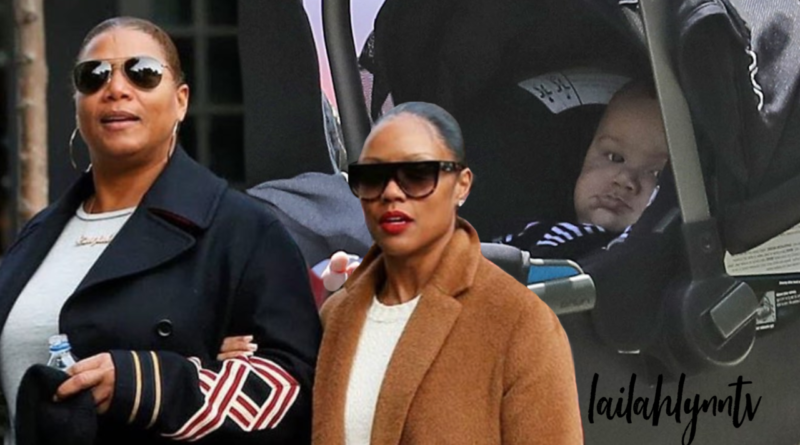 Congratulations are in order for Queen Latifah, who reportedly recently became a new mother! This year marks the first year that Queen Latifah will be celebrating Mother’s Day as a mom, now that her and her fiance Eboni Nichols, have welcomed their first child together into the world.

Queen Latifah has been known for being a very private person and not telling her business. But Radar Online has revealed the first photos of Queen Latifah and her fiance’s baby today and the baby appears to be a few months old!

A source confirmed to Radar that Queen Latifah is, in fact, a mother now. The source said “Latifah has never been so full of life! Eboni and the baby have given Latifah something very special to live for.”

Eboni Nichols was photographed with a growing baby bump back in October of 2018. And you can see here that she was clearly very pregnant.

Since then, Eboni and Queen Latifah have managed to keep news of their baby under the radar. However, Eboni was spotted by paparazzi taking the baby to a meditation and yogo center in Sherman Oaks, CA just a few days ago.

The gender of the baby has not yet been reported. But from the pictures it looks like it may be a little boy. Either it’s a boy, or their dressing the baby in gender neutral clothing. In any case, congratulations are in order for Queen Latifah and her fiance Eboni Nichols!

READ  Wendy Williams Breast Implants Are 24 YEARS OLD!! And May Be The Cause Of Her Graves Disease
Powered by Inline Related Posts