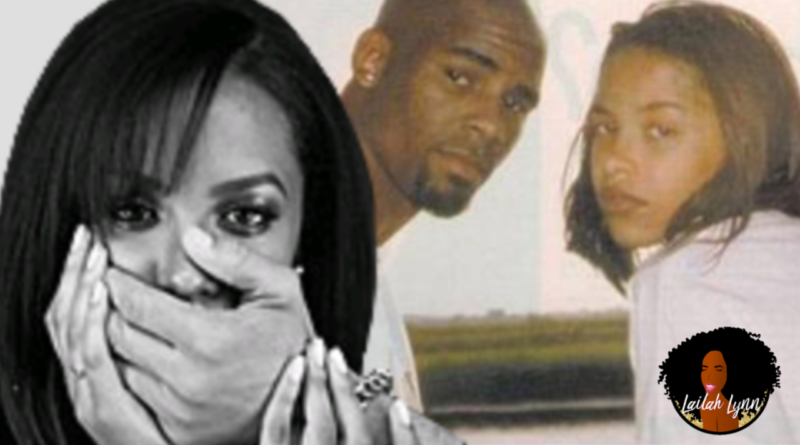 I was actually one of those people. As a teenager I looked up to Aaliyah. I remember the mystique that surrounded her. She was always so mysterious, even from the start when she came out with “Age Ain’t Nothing But A Number” but refused to tell what her real age was.

Then, when it was alleged that she actually MARRIED R. Kelly, there was still this mystique and mystery of was the marriage really real??? Or was it all just a hoax. Well now, 25 years later, we know that her marriage to R Kelly was very real. She was 15, and he was 27.

And what he did to Aaliyah was no different than what he did to the other young girls that he met and manipulated before her and after her. The infamous Chicago Sun reporter Jim Derogotis who authored the R Jelly BuzzFeed article that set the Internet on fire, recently revealed in a podcast that he was privy to the legal documents that were filed after the marriage of Aaliyah and R Kelly. And among those documents, which also included a NDA for both parties, was a statement revealing that R Kelly had physically abused Aaliyah. The truth is R Kelly abused Aaliyah after their marriage, just like he allegedly abused other girls before her and after her.

But with Aaliyah having signed a NDA she was not able to freely talk about her relationship with R Kelly. So we’ve never actually heard her tell her side of the story. Or have we?

There was a song that was supposed to appear on Aaliyah’s self titled album that actually didn’t make the cut. In that song she describes a controlling relationship where her partner wanted to keep her in handcuffs. The song is called “Don’t Know What To Tell Ya” and it wasn’t officially released until after Aaliyah’s untimely death in 2001. The lyrics are eerily similar to the tell all books written by R Kelly’s former sex slaves and I believe they give us a peak into the abusive side of R Kelly’s marriage to Aaliyah.

Now this is the thing – a lot of song lyrics are figurative and not literal. A lot of song writers paint a picture with their words that not really, real. So it’s easy to hide the truth in a song, because no one knows if you’re being literal or figurative. And no one knows where the truth in the lyrics ends and the fiction begins. But if you look at these Aaliyah song lyrics literally and not figuratively, then you’ll see they actually describe the exact same abuse that other young women have accused R Kelly of.

In Aaliyah’s song she says “You wanna handcuff me” (and then immediately in the next line) she says “you want my intimacy”. I don’t think it’s a coincidence that Aaliyah sings about being hand-cuffed and the man wanting her intimacy back to back. If you take those lyrics literally, for exactly what they say in black and white, then you see that Aaliyah is describing being hand-cuffed to a bed while R Kelly had sex with her. That’s literally what the words say in black and white. Picturing a young Aaliyah handcuffed to a bed for “intimacy” might sound outrageous if you haven’t read any of R Kelly’s former sex slaves tell-all books. But if you have read at least one, then you can see that Aaliyah is literally describing the same twisted scene as the other young woman who described R Kelly hand-cuffing her to the bed every night! The author of the tell-all book “Daddy’s Little Freak” described the scene in her book about R Kelly. She said…

Aaliyah is describing the same experience of being cuffed to the bed in this song! In the next verse Aaliyah says:

The girl who authored the tell-all book also described R Kelly being paranoid that she would leave him and him being overly inquisitive about her every move. In her book she said:

So you can see if you take Aaliyah’s song lyrics literally, she’s actually describing the same type of abuse and manipulation and paranoia as the other women who have been in relationships with R Kelly. R Kelly didn’t treat Aaliyah any differently than he does the other young women that he surrounds himself with.

Aaliyah’s song “Don’t Know What To Tell Ya’ is officially listed as having been written by Timbalind and Static Major. And it makes sense that Aaliyah would not have been listed as a writer on the song considering the NDA she signed which forbid her from discussing the abuse that she faced at the hands of R Kelly. But I believe she did share her experiences with Missy and Timbaland once she started working with them. And I think this song is a result of what she shared with Timbaland about her relationship with R Kelly.

R Kelly’s former manager, Demetrius, claimed in his tell-all book that Aaliyah was pregnant and that’s what prompted R Kelly to marry her in August of 1994. A lot of people have doubted that claim over the years. But looking back it may have been true, and Aaliyah may have shared the truth about it with Timbaland.

I remember in 2016 so many people thought Timbaland was crazy when he wished Aaliyah a Happy Mother’s Day on Instagram. He posted this picture of Aaliyah with the caption Happy Mother’s Day before deleting it. And I think that was his way of acknowledging what Aaliyah had shared with him about her marriage to R Kelly. And I believe this song, “Don’t Know What To Tell Ya” was written based on what Aaliyah told Timbaland about R Kelly hand-cuffing her and abusing her.