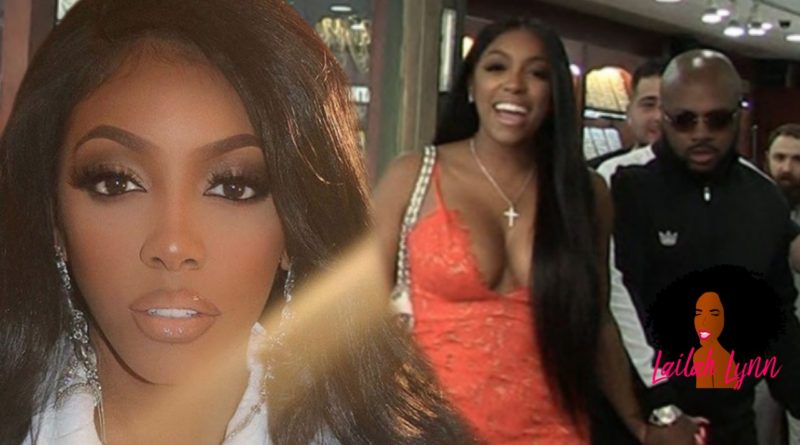 Alright now! Porsha claimed on the Season 10 Reunion of The Real Housewives of Atlanta that she would be the next one on the show to get married (after Sheree).  She said she was claiming it in the name of Jesus, and her prayers just might have come true!

TMZ claims they caught Porsha out shopping for engagement rings with her boyfriend – who has been identified as Atlanta businessman Dennis McKinley.  The Atlanta Black Star reports:

The man is super successful businessman Dennis McKinley. McKinley’s IG account (@workwincelebrate), which is set to private, pegs him as an entrepreneur with businesses across Atlanta and Detroit, including Cru Hookah Lounge and The Original Hot Dog Factory. It also includes a link to his investment website, DetroitEquities.com.

The “Real Housewives of Atlanta” star has shared several photos and videos mentioning her new love recently, including a now-deleted birthday post showing a portion of his tattooed chest and wrist. It didn’t take long for folks to figure out who he was.

Porsha also shared this picture of her new red hair on her birthday, with the caption

And, allegedly, that hashtag #DM that she’s been using lately stands for Dennis McKinley.

And in another post, Porsha confirmed that the man she was caught on camera with by TMZ is in fact her “bae” by posting a video of the two of them with the caption:

when bae your bestie

So congratulations to Porsha for finding a man that is also her best friend! That is the best kind of man to have!

Do y’all think Porsha is ready to be a wife again based on what you’ve seen on Real Housewives of Atlanta?  Leave a comment and let me know what you think!

2 thoughts on “Porsha Williams Might Be Getting Married Soon! Details On Her New BF Dennis McKinley”