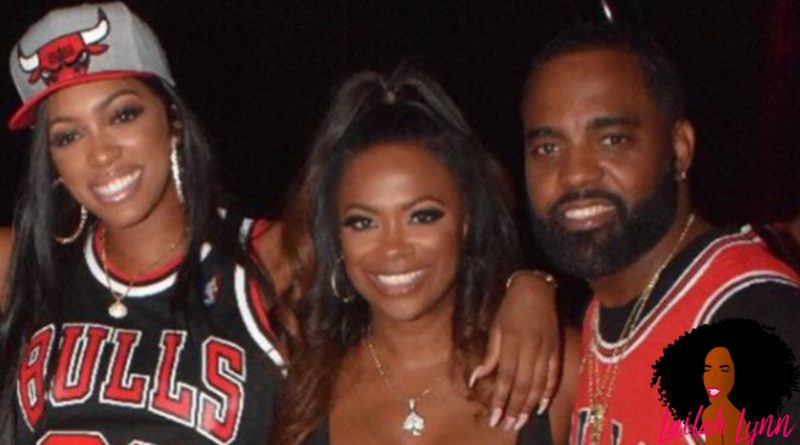 Over the weekend, Kandi Burruss Tucker threw an over the top, reality star studded, birthday bash for her husband, Todd Tucker’s 45th birthday.  The theme was “Jordans and Jerseys” since Todd was turning “45” and entering his “Jordan year”.

Tons of Kandi’s friends/reality stars showed up to help Todd bring in his 45th year, like Quad from Bravo’s Married to Medicine, Gocha from LA Hair, Rasheeda Frost from Love & Hip Hop.  And even Marlo Hampton, Sheree Whitfield & a pregnant Kenya Moore made appearances.

Porsha Williams was also present at the party alongside her sister Lauren and her new boo, Dennis McKinley.  And judging from Porsha’s social media posts, it looked like she had a great time.  Celebrity photographer FreddyO was in the building capturing all the magic.

But despite reports of a fun time being had by all, today Media Takeout reported that Porsha Williams actually got into a fight at the party! 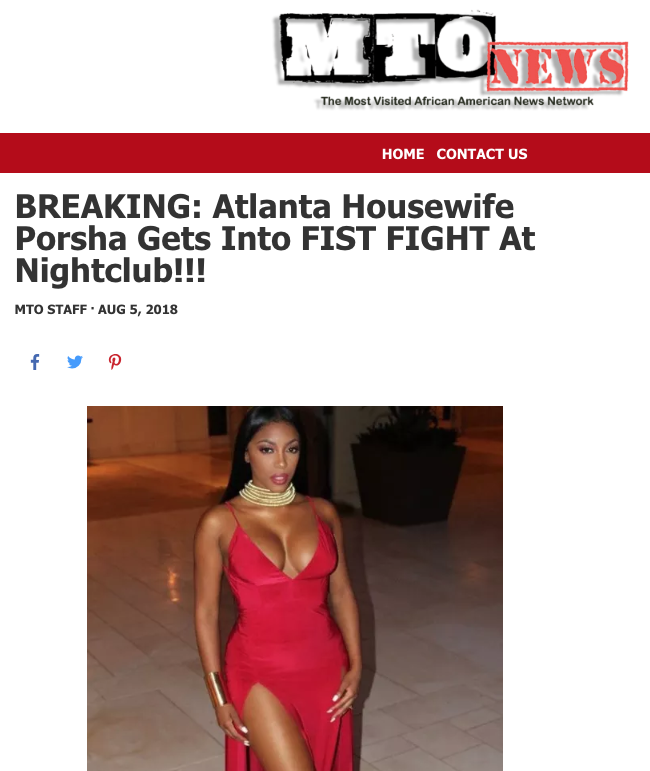 Now this rumor sounds like it could be believable because Porsha has been known to black out on a chic.  Although they seemed to have moved past it, her fight with Kenya Moore will always stand out as one of the lowest moments of Real Housewives of Atlanta.

But I find it hard to believe that Porsha would actually fight someone at Kandi’s party, when her and Kandi just made up!  If you missed the details of Kandi and Porsha putting the past behind them and deciding to move forward then check out the video I did on it.  The link is in the top right corner and the description box.

After the party, Porsha posted pictures of herself and her man and her sister to her Instagram.  And Kandi commented on one of the pictures:

And that one, generic little thank you, was all I needed to know that Porsha was not fighting at the party.  If Porsha had been fighting, there is no way in the world that Kandi, as fed up as she has been with Porsha, would ever thank her for coming!

It’s a shame Kandi and Porsha are still being pitted against each other despite them having publicly made up.

What do you think about the rumors that Porsha got into a fight at Kandi’s party? Leave a comment and let me know!

One thought on “Porsha Williams Accused Of Fighting At Kandi & Todd’s Birthday Extravaganza, But RECEIPTS Show What Really Happened”