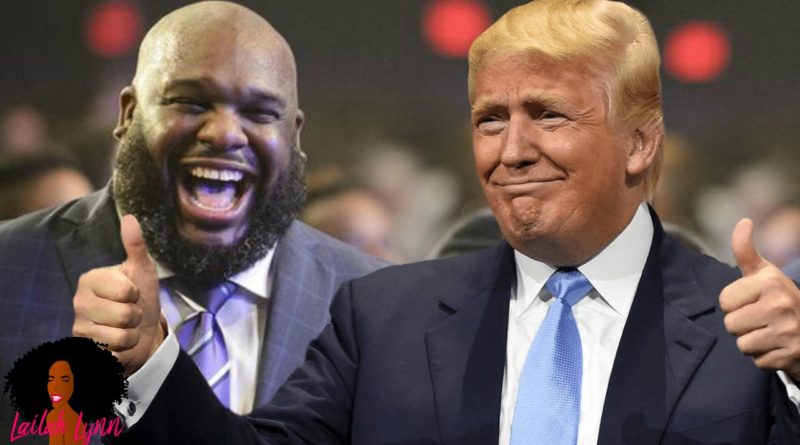 Pastor John Gray posted a news article about the President’s decision on his Instagram with the caption:

The purpose I went for. The result I prayed for. 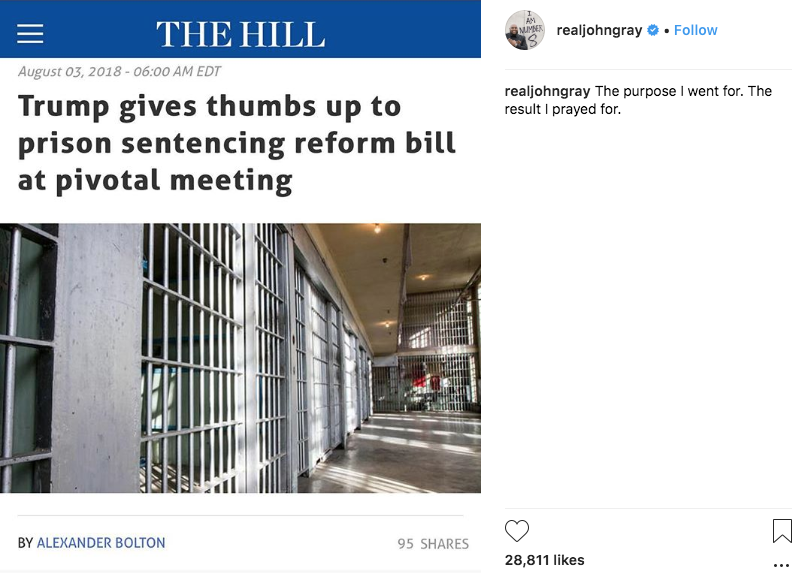 The Instagram post does not allow comments, which is similar to the meeting the “inner city pastors” had with the President, where they were not allowed to question him.  In fact, the comment feature on all of Pastor John Gray’s most recent Instagram posts has been turned off.

In this post, Pastor John Gray is essentially saying that he got what he wanted out of the meeting because the President gave a “thumbs up” to the prison sentencing reform bill. 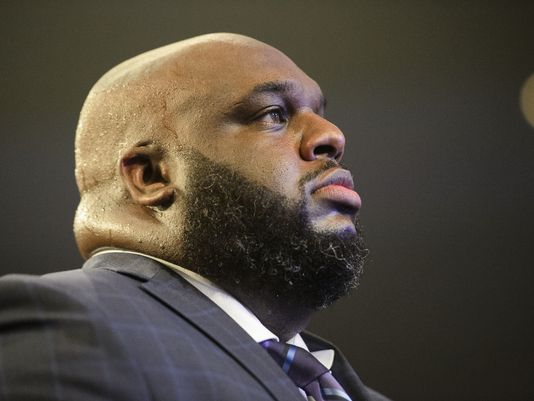 Yes, pastors help former inmates re-enter society in some instances, but the work of “inner city pastors” doesn’t directly influence prison sentencing.  So obviously the President’s decision to give the bill a thumbs up was not a result of meeting with these pastors.  And I don’t know why a man as intelligent as Pastor John Gray thinks that it was.

This person on Twitter pretty much summed up my feelings on these pastors meeting with Trump: 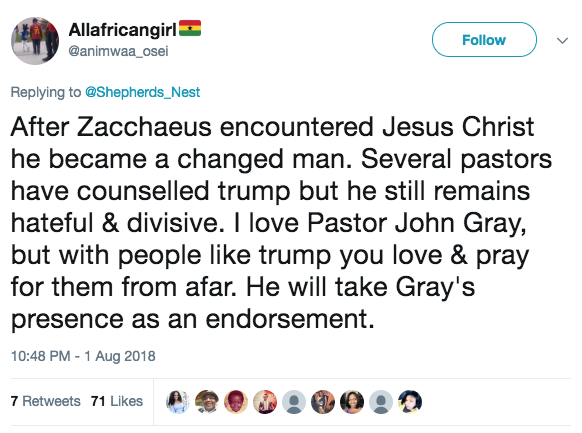 After witnessing all of the backlash that Pastor John Gray has received I can’t help but wonder why he didn’t just listed to his wife.  He said his wife told him:

My wife @grayceeme told me “If you go, no one will hear what you say. They won’t understand why you’re there. And any good that could come out of it will get lost in translation.” Wise words from a loving, discerning wife. 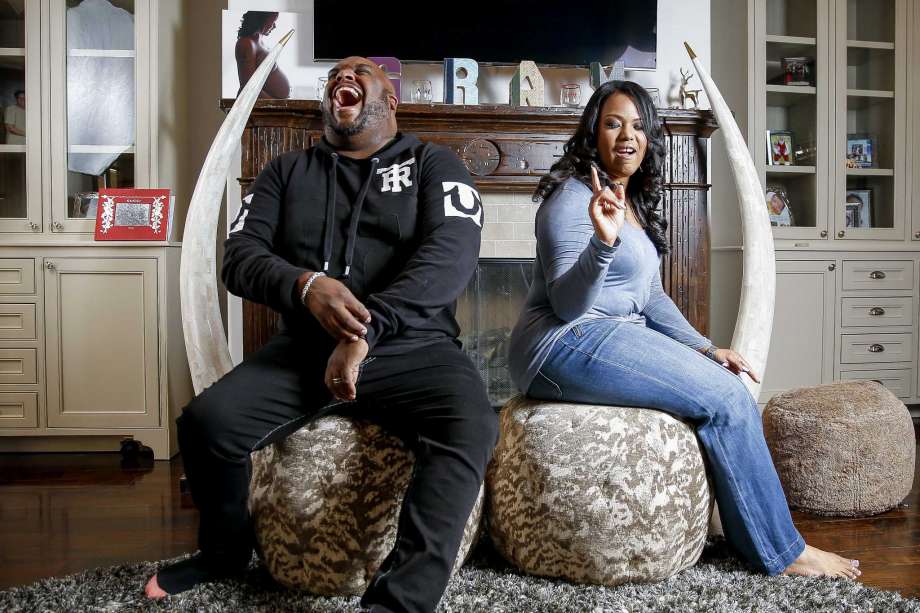 Optics. It’s never about what it is. It’s about what it looks like. My wife @grayceeme told me “If you go, no one will hear what you say. They won’t understand why you’re there. And any good that could come out of it will get lost in translation.” Wise words from a loving, discerning wife. I had not one thing to gain by being there. Not. One. But I asked the Lord when I was asked to be present in this initial meeting about potential prison reform-that could greatly end up benefitting many people who look just like me-Lord, Do you want me in that room? My first mind was no. The pain of so many is too real. The hurt. The isolation. The sense of disenfranchisement. The real hate that has bubbled to the surface of the national discourse. I myself have been vocal about my personal disagreements with key policy decisions of this administration. I have everything to lose. Credibility. Reputation. Every natural inclination says stay home. Don’t get played. It’s gonna be a photo op with no substance. But I did the one thing I can’t shake: I prayed again and asked God. Do you want me in that room? My attendance gives the answer. My heart was pure as was my motive and intention. But the pain of those who have been hurt is real. And I would be a dishonorable man not to acknowledge that. But I will honor what I believe was the mandate on my life to be there and available to God should He choose to give me voice. This post is in no way attempting to invalidate the visceral reaction of those who can’t imagine why I would be in the room. The question becomes who did Jesus turn away from? This said, I went to this meeting to listen. And I do pray for comprehensive prison reform so people can have the second chance they need. And I also understand the pain and questions. May my heart translate beyond the optics. (OH YEAH, the pastor who said the current president was the most pro-Black president ever WAS NOT ME-so get that STRAIGHT) love y’all. This post is closed to comments. This my heart. It needs no commentary. #swipeleft

What do you think of Pastor John Gray continuing to defend his meeting with 45?  Leave a comment and let me know!