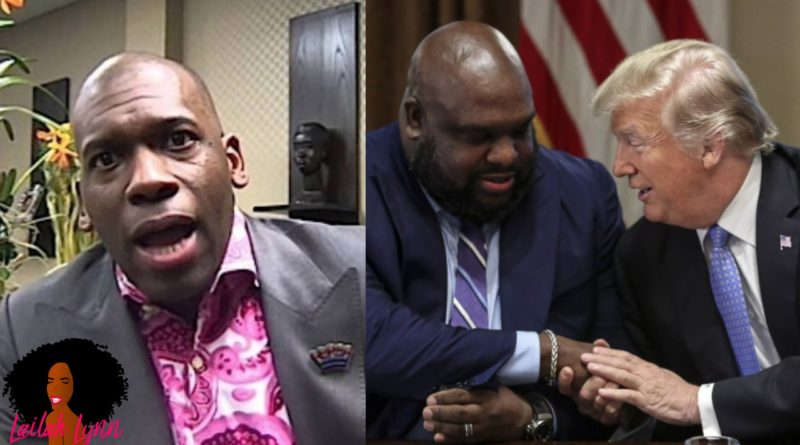 In case you missed it, 45 sat down with a group of inner-city pastors from all over the country during a White House roundtable last night that allegedly focused on prison reform efforts.  Pastor John Gray, along with a number of other Black pastors were among those invited to the meeting.

So it’s no surprise that after meeting with the President and Pastor Darrell Scott making that jaw-dropping statement that 45 is a “pro-Black president” Pastor John Gray had to get on social media and defend his choice to attend the meeting.

What do y’all think about 45’s meeting with these Black pastors? Do you think it will actually be productive or will it just be another photo opp?  And what do you think about Pastor Jamal Bryant’s commentary that these pastors were invited to a meeting where they weren’t even allowed to ask questions?