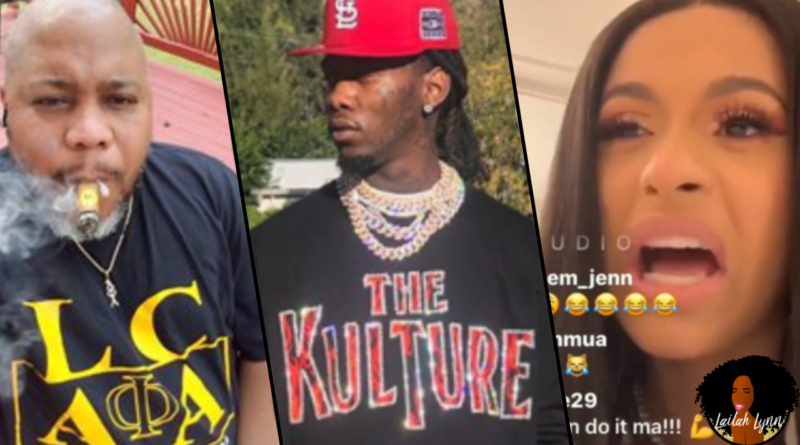 In the never ending drama that is the life of Offset and Cardi B, Offset’s father has now released a statement placing the blame on Cardi for a lot of the negative attention that his family gets.  In a lengthy post shared with his fraternity brothers, Alpha Phi Alpha Fraternity Inc., Tony Pla, Offset’s dad gets some things off his chest!

I can see how a lot of what Offset’s Dad said could be true.  But I still think it’s Cardi’s decision as far as when and where she shows pictures of baby Kulture.  And I don’t think a grandfather should be bashing the child’s own mother, who carried the babied and pushed the baby out into this world, about when and where she posts the baby’s picture.

Meanwhile, it looks like Cardi B and Offset may be getting back together sooner than you might have thought.  Cardi B went live recently talking about how much she misses Offset’s wayward D.