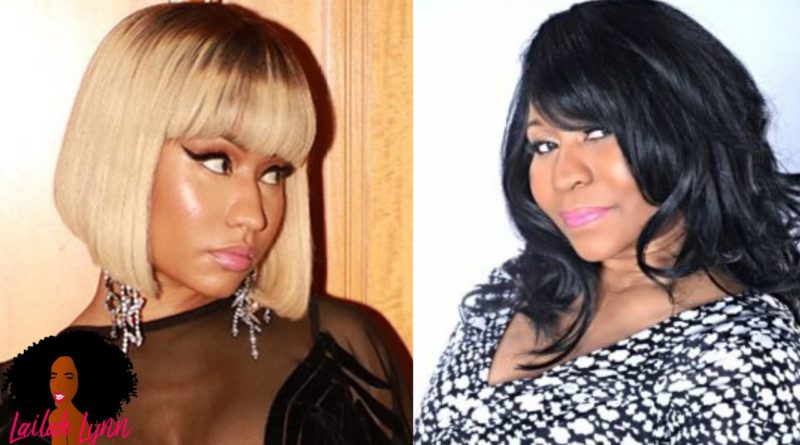 This is a rumor report.  Rumor reports come straight from the corners and alleys of the Internet and it’s up to you to let me know if you believe this rumor or not.

But the rumor is….

Nicki Minaj and her mother have been going at it, over her brother’s rape case.

In case you somehow missed it, Jelani Maraj, Nicki Minaj’s brother was convicted of predatory sexual assault after being charged with repeatedly raping an 11-year-old girl at his Long Island home.

DNA evidence recovered from the girl’s pajama pants was linked to Jelani Maraj and that is largely what led to his conviction.

But even though Nicki Minaj has accepted that her brother is guilty, her mother, on the other hand, refuses to accept that he is guilty and continues to proclaim his innocence.

She and Nicki Minaj have been going at it over the past few months and she is now planning to sabotage Nicki’s album release.

Nicki Minaj’s Queen album release date has been delayed several times.  It was originally slated for a June 15 release, but has been pushed back to Aug. 17.

Watch the Hip-Hop ‘Hood Report with Charles Fisher & the “Fitness Sheriff” as I share the SHOCKING NEWS the COURT DON’T WANT YOU TO KNOW in a TELL ALL INTERVIEW about my son’s TRIAL on (8/8-11pm)(8/11-3pm) Channel 20 Optimum, Channel 37 Verizon. STREAM@http://patv.org/livestream

Nicki Minaj’s mom allegedly resents her daughter because Nicki now believes her brother is guilty.  Nicki’s mom, Carol Miraj, has tried to launch a singing career of her own that Nicki does not support. Nicki is reportedly very protective of her mother and would rather support her mother financially rather than have her own mother in the music industry.

So her mother is allegedly planning this “tell all” interview in an effort to sabotage her own daughter, Nicki Minaj, album release because of the fact that Nicki has come to terms with the truth about her brother.  And her mother has not.  Her mother allegedly still believes in her son’s innocence and is upset (to say the least) that Nicki Minaj has accepted the fact that he was found guilty.

Leave a comment and let me know what you think about this rumor.  Do you believe Nicki Minaj’s mother is trying to sabotage Nicki’s album release by doing a tell all interview?  Will you be watching the interview?