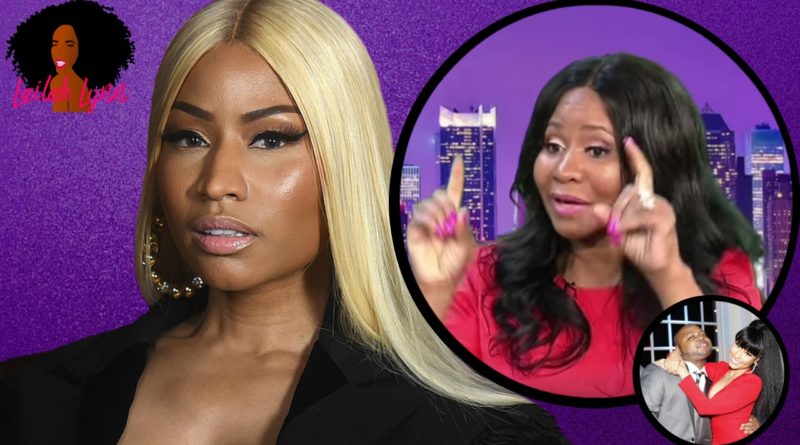 The Barbz begged her NOT to do it, but she did it anyway! Carol Maraj went through with her “tell-all” interview with The Hip Hop Hood Report on August 11 despite pleas not to.

I reported to you guys that Carol Maraj is allegedly upset with the fact that Nicki Minaj now accepted that her brother is likely guilty of the charges against him.  And she did this interview as a way to sabotage Nicki’s Queen album release.  That is why the interview was done just one day after Nicki Minaj successfully released her Queen album.

The interview was conducted by Hip Hop Hood Report host Charles Fisher.  And Carol Maraj starts out explaining how a juror that indicated that he would FREE Jelani Maraj was let go, likely because he wasn’t willing to convict Jelani Maraj. And she also mentions the part Wendy Williams played in all this.

She also questions why the jurors weren’t sequestered from outside influences during the trial.

Carol Maraj also explains that the DNA initially was reported as being inconclusive.  But the MEDIA reported that it was a match.

The Carol Maraj interview was almost an hour long and very detailed, so if you would like to hear more the link to the video is in the top right corner and will be in the comment section.

And Nicki has yet to public acknowledge her mom.

What do you think of Nicki Minaj’s mother doing this interview? Do you think it will affect her and Nicki’s relationship even more? And do you think Nicki’s album sales will be impacted.