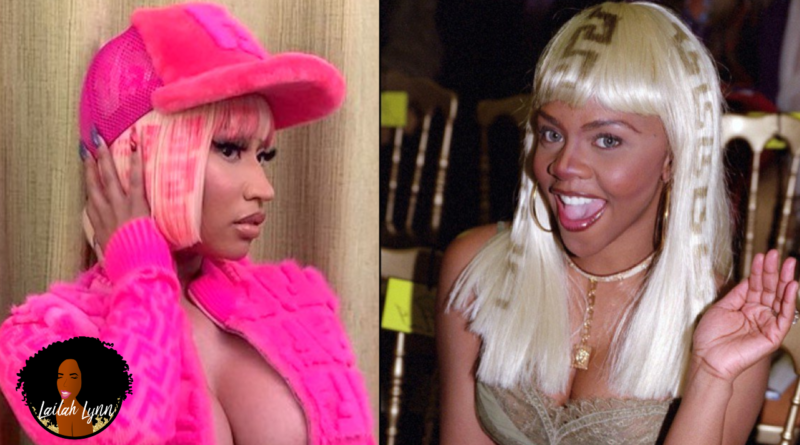 In case you missed it, Nicki Minaj posted a short video to her Instagram account teasing her new fashion collaboration with Fendi. And in the video she has on a blonde wig with the Fendi logo stamped on it.

And, of course, the Barbz did come and defend Nicki Minaj.

Some people say it doesn’t matter when Nicki or Kim was being paid by the designer to rock their logo, the fact is that Lil Kim did it first even if it was for free.

There’s no denying that Lil Kim has influenced Nick Minaj and other female rappers, and Nicki Minaj has even admitted that herself.

Nicki Minaj has publicly acknowledged Lil Kim in the past and said that she looked up to her. And she doesn’t mind being compared to Kim and other female rappers, but she just wants people to see her for her – and see past all the other female rappers when they look at her.

So some people are saying that they think Nicki was actually trying to pay homage to Lil Kim by wearing the same style of logo stamped wig.

I would like to believe that Nicki Minaj is paying homage to Lil Kim by wearing a similar wig to Kim, but I didn’t hear or see Nicki Minaj mention Lil Kim’s name when she posted the video, so I can’t make any assumptions! In my opinion she could be either paying homage or even trolling Lil Kim!