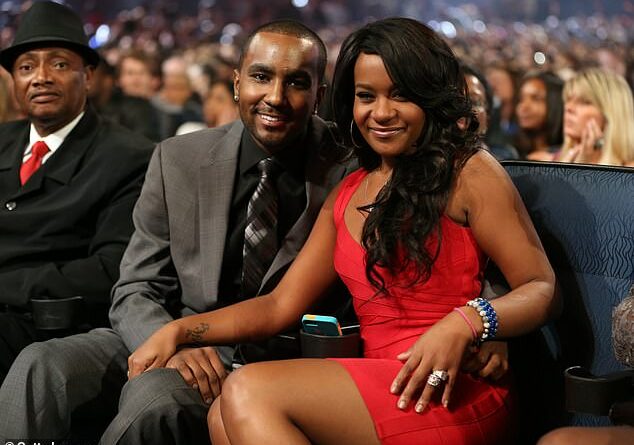 Sources said Gordon, 30, had a series of heart attacks after he was rushed into intensive care in Florida amid New Year’s celebrations.

Gordon is notorious for the 2015 death of Whitney Houston’s daughter Bobbi Kristina, who spent six months in a coma after she was found unconscious in a bathtub with a slew of drugs in her system.

Her controlling ex-fiancée never faced criminal charges but was held legally responsible for her wrongful death in a civil case.

Gordon is thought to have been living with friends in recent months after his mom moved to Hawaii.

He had split from on-off girlfriend Laura Leal, whom he was accused of attacking on several occasions leading to several arrests for domestic abuse.

A source reports, ‘It’s early days but the suggestion is he was taking drugs with friends and he passed out. They drove him to the hospital, took him inside and then left him there,’ said an insider.

‘Whatever you think of Nick and his lifestyle, it’s terribly sad that his supposed friends just dumped him and drove away.’

Is this karma or nah? Leave a comment and let me know what you think! I try not to speak ill of the dead so I won’t say much.

READ  Kentucky Grand Jury Only Indicts 1 of 3 Officers - And it wasn't even for shooting Breonna Taylor!
Powered by Inline Related Posts