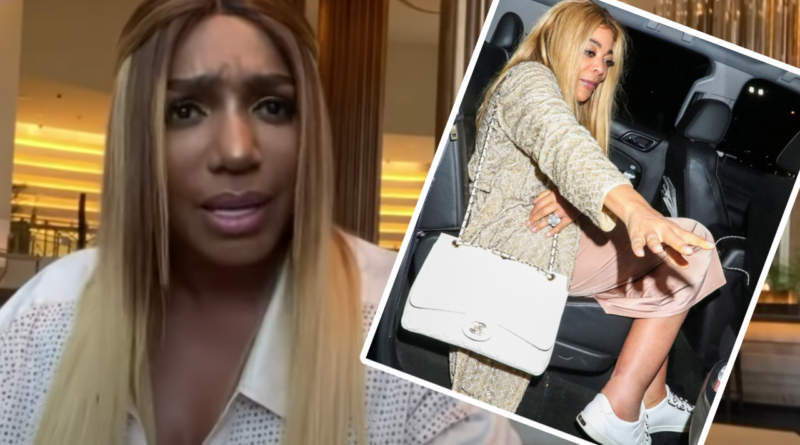 As I previously reported, Wendy Williams went on Watch What Happens Live with Andy Cohen recently and shaded tf out of her “friend” NeNe Leakes. She claimed ANY spin off show that Bravo could give NeNe would be BORING!

If you missed that mess, check it out below:

In a video just uploaded to her YouTube channel, NeNe Leakes breaks down her problems with what Wendy Williams said about her and her family members.

In the video NeNe says,

What you’re NOT going to do is speak negatively of my family.

I have considered Wendy a close friend or associate. Why she has chosen to speak so negatively of me lately – I’ve not come out, I’ve not commented on it. Last night was the first time I’ve commented on anything that Wendy has said.

NeNe went on to say,

And you tell me what the other housewives on any franchises is doing anything with their children that is SO entertaining that you actually needed to go SO low!

NeNe also had some words for Executive Producer of the Housewives franchise, Andy Cohen.

They have forced me out of the franchise. We’ll talk about that another time. But since I have been forced out of the franchise then leave my name alone. Let me sit over here and heal in peace. Leave me alone. If you don’t have anything positive to say about me working for your network after 13 years stop bringing up my name on your show to help your ratings. Stop it!

And she had some very specific advice for Wendy Williams,

Wendy, for you, spend more of your time trying to figure out how you can drain your enormously large legs and feet. OK? As opposed to worrying about my family and what we are doing. You need to find the nearest water pill. OK?

Wendy Williams previously revealed that she has been diagnosed with lymphedema, which causes swelling of the ankles.

What do you think of NeNe Leakes response to Wendy Williams and Andy Cohen? Leave a comment and share your thoughts!