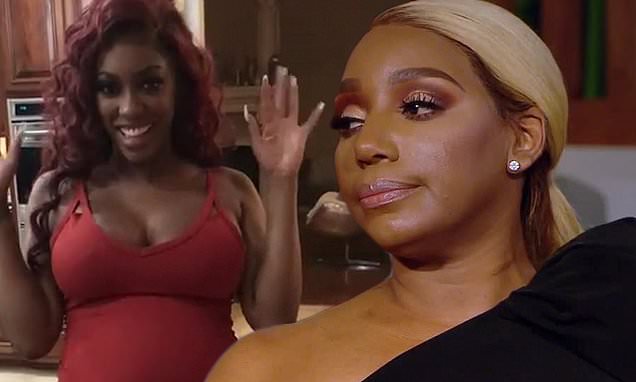 Despite the actual filming of Season 11 of the Real Housewives of Atlanta being over, the drama between the ladies is still heating up! I almost wish the show were still filming since the show didn’t actually get interesting until the last 2 episodes!

Nene Leakes recently made it clear to Porsha Williams that she was NOT happy with Porsha posting their private text messages on Instagram. In those messages Nene Leakes was so nasty and so rude to Porsha, and fat shamed her after she had just had a baby days before! It was truly disgusting to read.

People.com spoke with Porsha and she told the magazine,

“After that whole Instagram back and forth that she started with me, she ended up sending me a cease and desist. So once she sent me a cease and desist, at that point, I was like, ‘You know what? This is just a sure sign that I should be done with the relationship.’ So I’m over it. I’m concentrating on my baby girl. And people who love and support me at this moment.”
h

Porsha has been sharing her love of motherhood on her social media, so I’m sure she’s engrossed in her baby and not worried about Nene sending her a cease & desist knowing good and well she’s not going to sue her!

In case you missed it, here are the fat shaming texts that Nene allegedly sent Porsha days after Porsha gave birth:

What do you think of Nene Leakes sending Porsha Williams a cease & desist? Do you think the C & D is another tool that Nene is using to harass Porsha? Leave a comment and let me know what you think!