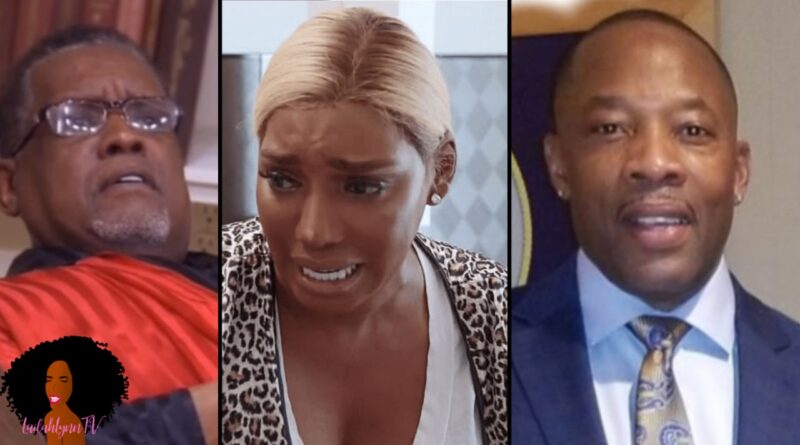 Pop Culture Real Housewives of Atlanta Season 12
May 26, 2020May 26, 2020 lailahlynn 32 Comments
Share this article to start a conversation!

The Real Housewives of Atlanta Season 12 Reunion is over but the tea about NeNe Leakes alleged lover is just starting to spill and it is hot!

I shared with you guys before that NeNe Leakes has been accused of dating a man named “Rodney” who lives in the DMV area. Now Page Six has reported new details about Rodney, including his full name, his pictures, his place of employment and his instagram name. And fans speculate that it was actually Gizelle Bryant from RHOP that spilled the tea to Kenya Moore!

Apparently either Kenya didn’t spill that tea at the RHOA reunion or the Bravo editors cut it out. And for that reason, the people who wanted to spill the tea have turned to Page Six to spill it.

Get the details here:

On social media, White has shared several photos of himself at the MGM National Harbor Resort and Casino in Oxon Hill, Maryland, where NeNe has her store — which Gregg manages.

In March, a source exclusively told us that NeNe “flaunts her relationship with [Rodney] around openly like they’re together.”

“She spends a lot of time in Maryland not only because of this boutique, but also because of [White],” the source alleged.

NeNe once commented with several heart-eye emojis under a now-deleted picture of White outside of MGM.

Sources speculate Gregg and NeNe have a marital arrangement because of their finances.

Leave a comment and let me know what you think about new details coming out about NeNe Leakes alleged secret lover? And what do you think of Gizelle being accused of spilling NeNe’s tea to Kenya Moore?