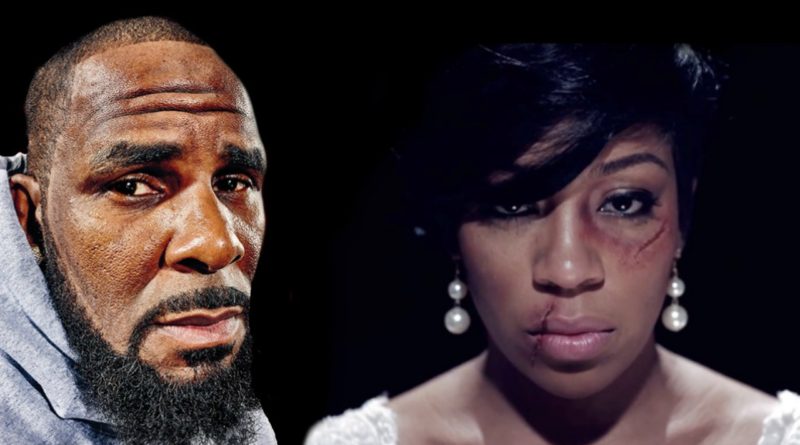 Another day, another R. Kelly allegation.

This time musician Ashanti Floyd claims thats R. Kelly actually used to beat singer K. Michelle when she was a protege of his.  If you’re not familiar with Ashanti Floyd, he is the critically acclaimed “Mad Violinist”.  And he has worked with artists such as Lupe Fiasco, Nicki Minaj, Fantasia, Jamie Foxx.  His Facebook says he is a six time Grammy nominated artist and producer.

And he is credited for production for K. Michelle’s 2010 single, “Fallin”.  So he definitely knows K. Michelle and has worked with her in the studio.  He posted the following statement to Facebook regarding K. Michelle’s relationship with R. Kelly. 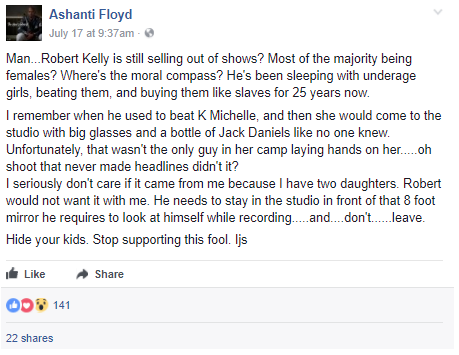 K. Michelle has claimed R. Kelly as her musical mentor since she first emerged on the music scene around 2009, way before her Love & Hip Hop days.  And she has never said that he abused her, although she did admit to dating him at one point.

Even when R. Kelly came out and said that he slept with her, she was still very reserved regarding what she would say about him.  Check out what he said about her in a radio interview.

R. Kelly later apologized for insinuating that he slept with K. Michelle after she did a radio interview saying that what Kelly said was hurtful and distasteful, especially considering that she has been so loyal to R. Kelly.

I listen close, and I noticed in the interview she says that R. Kelly made up “things” that were inappropriate, but she never specifically said that he was lying about sleeping with her.  There could have been other parts of his radio interview that she was referring to as “made up”, in my opinion.

In any case, it’s obvious that something happened between the two of them. Especially since R. Kelly has been known to seduce up and coming singers.  And I am apt to believe what this musician, Ashanti Floyd, says that he witnessed.