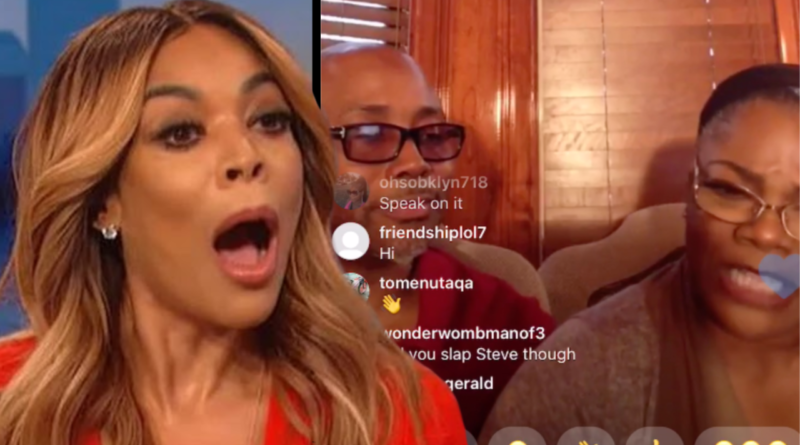 This afternoon comedienne Mo’Nique and her husband/manager Sidney Hicks got on Instagram live to clear up some of the rumors that have been spread about Mo’Nique in the past week.

The biggest rumor was that Mo’Nique, while taping an episode of The Steve Harvey Show, threatened to SLAP Steve Harvey! This part of my recording didn’t record the audio but I will tell you Mo’Nique explained that it was a joke, just like I reported in my previous video. Her and Steve Harvey are both comedians and that’s the way they joke with each other. And she also clarified that she didn’t threaten to slap Steve, she threatened to punch him! She said she’s not the type to go around slapping people, but she will throw punches.

What do you guys think about Sidney’s comments about Wendy Williams? Do you think he’s trying to kick her while she’s down, which is what he says she does to other people? Leave a comment and let me know what you think!

Personally, I think Mo’Nique and Sidney do have a point, and they always do. I think people don’t care for the way Mo’Nique and her husband deliver their messages, but if you listen they ALWAYS have a good point. Technically, Wendy Williams’ relationship is open if her husband has a girlfriend.

But that doesn’t change the fact that Wendy is going through some things right now that she’s not ready to admit to.