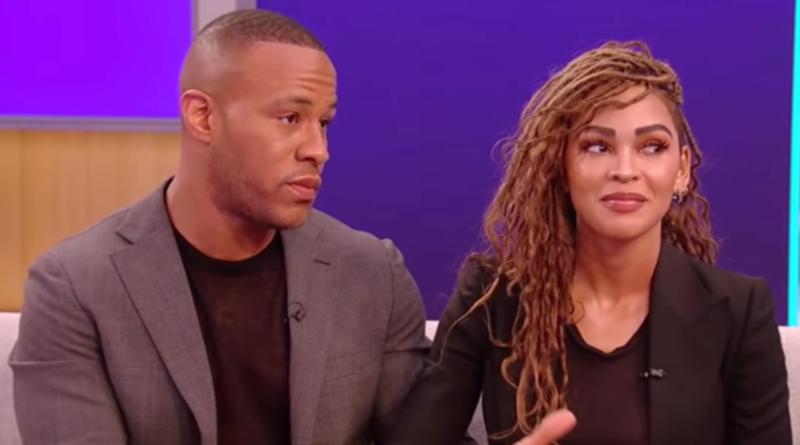 In case you missed it, Meagan Good and Devon Franklin appeared on The Tamron Hall Show recently where they promoted their book “The Wait” which teaches people how waiting for everything—from dating to sex—can transform your relationship, allowing you to find a deep connection based on patience, trust, and faith – not just physical intimacy.

Meagan & Devon got married in 2012 after 10 months of dating and a 2 month engagement, and during that whole time they were abstinent. And they were actually both celibate before even meeting each other. Devon has shared that he was celibate for years because as a preacher he got tired of preaching one thing and doing another. (I wish some preachers were more like him!)

And Meagan has shared that she was also celibate before meeting Devon and that’s part of what allowed her to hear God’s voice clearly telling her that Devon was her future husband.

Tamron Hall asked them about the specifics of being abstinent and what things did they avoid, and they revealed that they actually didn’t avoid sleeping together. Here’s what they said about having ‘sleepovers’ before getting married.