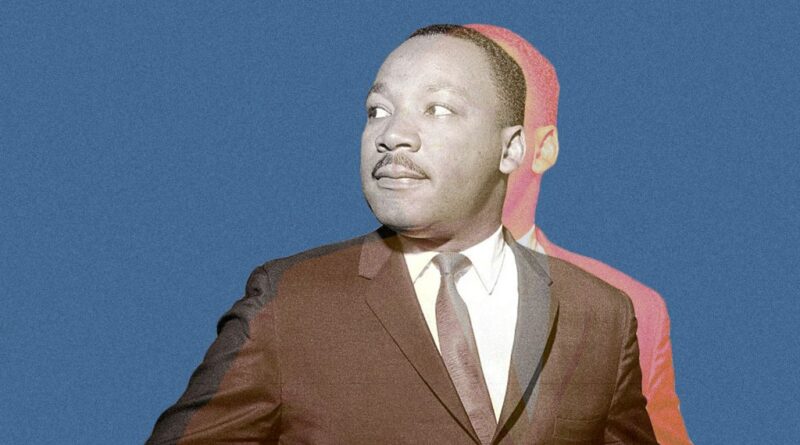 It’s 10 PM on MLK Day, and I am pissed the hell off. And I feel like blogging may help. I read a book recently that lead me to believe that if I can express my rage with some type of eloquence that organizes and makes sense of it, maybe then I can relax knowing that my rage has been focused and pointed at a worthy target. (And maybe I can go to bed.) So here goes…

I just watched (and shared) a short interview of Dr. Martin Luther King answering a question from a white reporter who inquired “what is it about the Negro that makes them different from other immigrants”. The inquiry implied that while other immigrants to this country have been able to “pull themselves up by the bootstraps,” Negroes have not been able to overcome the obstacles put in place by this country and obtain the same success as other immigrants.

This line of thinking is why I don’t like being referred to as an “immigrant.” Most immigrants migrated by choice, not by force. They wanted to be here. We didn’t.

Anyway, this was my first time seeing this particular interview by Dr. King, as well as my first time hearing Dr. King speak so frankly on the economics of racism. And this is why I’m pissed.

Dr. King’s most well known speech is the “I have a dream” speech where he hopes, wishes and dreams for a world that his children, and all children, are judged by the content of their character not the color of their skin.

I have a dream that my four little children will one day live in a nation where they will not be judged by the color of their skin but by the content of their character. I have a dream today.

I remember this part of his speech so well because I had to memorize it as a child. It is the most widely praised and quoted portion of his speech at the March on Washington in 1963.

I’m realizing now, at 10 PM on MLK Day 2020, that the most well known portion of the “I have a dream” speech was so well received by people of all colors, especially White people, because it was one of the few times that MLK gave a speech that absolved White people of the guilt of having benefited from slavery. It called for all people to be seen as equal, while not focusing on America’s sin of slavery and the reasons that Black people, in particular, are not looked at as equal. That one portion of his speech idealized a colorblind world where White people and Black people, and people of other races too, were all looked at the same. In short: it made White people comfortable.

But in this clip I shared today where Dr. King is addressing the difference between the experience of African-Americans in America versus other immigrants in America, Dr. King’s speech is remarkably different from his “I have a dream” speech. He is not hoping or dreaming or wishing for a better America. He is not idealistic. And he is not holding back. He is speaking frankly about the real America, the America that we live in even today.

And now, seeing this side of Dr. King, after having been solely taught a completely different, idealistic side of Dr. King pisses me the hell off! The fact that Dr. Martin Luther King could so eloquently express the origin of the racial injustices in America – specifically the injustices that Black people face at the hands of a predominately White government – yet America has chosen to remember him for a moment in a speech where he took a few seconds to dream, instead of remembering him for fighting for racial and economic equality – it was the ‘March on Washington For Jobs and Freedom’ after all, pisses me off!

America has “All Lives Mattered” Dr. Martin Luther King, Jr.! His legacy has been watered down to make it more palatable for White Americans who don’t want to face the guilt of benefiting from institutions (slavery and racial discrimination) that they inherited but didn’t create themselves.

So if you’re reading this, this is what I want you to do. I want you to memorize these words of Dr. Martin Luther King, Jr. Let these words resonate in your mind and come forward whenever you need to address someone’s misunderstanding of the plight of African-Americans in America. Remember these words by Dr. King:

White America must see that no other ethnic group has been a slave on American soil. That is one thing that other immigrant groups haven’t had to face. The other thing is that the color became a stigma. American society made the negroes’ color a stigma.

America freed the slaves in 1863 through the Emancipation Proclamation of Abraham Lincoln. But gave the slaves no land or nothing in reality to get started on. At the same time, America was giving away millions of acres of land to in the west and the midwest. Which meant that there was a willingness to give the White peasants from Europe an economic base. And yet it refused to give its Black peasants from Africa who came here involuntarily, in chains, and had worked free for 244 years any kind of economic base.

And when White Americans tell the Negro to lift himself by his own bootstraps they look over the legacy of slavery and segregation. I believe we ought to do all we can and seek to lift ourselves by our own bootstraps, but it’s just a cruel jest to say to a bootless man that he ought to lift himself by his own bootstraps. And many negroes, by the thousands and millions, have been left bootless as a result of all these years of oppression and as a result of a society that deliberately made his color a stigma and something worthless and degrading.

The real America that Dr. King described in this interview is nothing like the colorblind America he dreamed about in his “I have a dream” speech. In this interview he acknowledged that American society cannot be colorblind because of the oppression of people of color. Those centuries of oppression – slavery followed by Jim Crow followed by unacknowledged institutional racism – have made it so that the plight African-Americans cannot be compared to the plight of any other “immigrant” or ethnic minority in this country. It’s just not the same, and Dr. King plainly says that in this interview.

So memorize this statement by Dr. King, and this stance on the vestiges of slavery and segregation in this country. And quote this side of Dr. Martin Luther King whenever you’re tasked with educating someone on the plight of African-Americans in this country. Remember Dr. Martin Luther King, Jr. as not just a dreamer, but a soldier in the war against capitalism and economic injustice, and we’ll all be able to rest better.