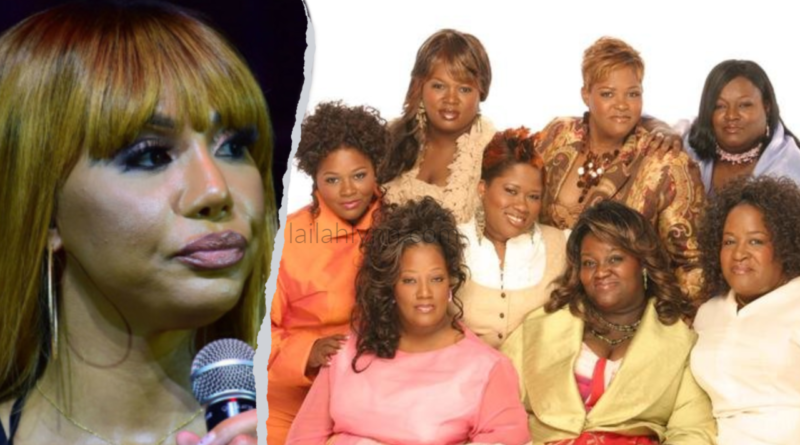 Gospel singer, Duranice Pace, of the legendary gospel singing group, The Anointed Pace Sisters, appeared on The Steve Harvey Show recently and she sung a beautiful rendition of amazing grace. It was so beautiful, in fact, that Beyonce’s mother, Miss Tina Lawson, reposted it on her Instagram.

If you’re not familiar with The Anointed Pace Sisters, they are a group of gospel singing sisters from Atlanta Georgia. The group’s members are Duranice Pace, Phyllis Pace, June Pace-Martin, Melonda Pace, Dejuaii Pace, Leslie Pace, Latrice Pace and Lydia Pace . LaShun Pace has a solo career and occasionally performs with the group as a recurring member.

So you would think with Ms Tina re-posting the video of Duranice Pace singing such an amazing gospel song, that all of the comments would be positive. And if not positive, at least respectful.

But apparently not because Tamar Braxton stepped in and commented:

Y’all this is one of the most disrespectful comments I’ve ever seen Tamar make. I understand sometimes people speak without thinking and just say whatever pops in their head. (And I know Tamar has a lot going on in her head.) But for her to take the time out to actually type this disparaging, disrespectful, hateful comment is beyond me. It’s beyond me.

In response, Dr. Leslie Pace, one of the anointed Pace sisters, got on Facebook Live and read Tamar’s “spirit” for filth!