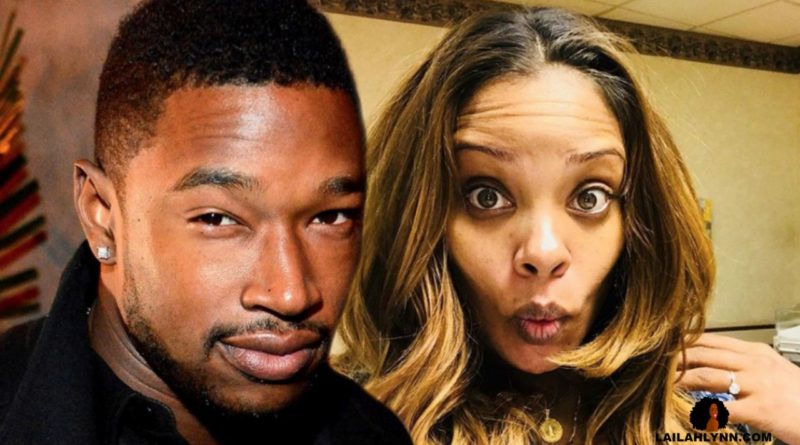 As some of you may know, Eva Marcille and her fiance Michael Sterling recently welcomed their first child together, a boy, on Friday, April 13.  Well, apparently it was a really freaky Friday, because Eva’s ex-boyfriend and the father to her daughter, was on social media pretending like he was the one that just welcomed a baby.

Those of you who keep up with Kevin on social media may remember that he went crazy when Eva announced she was pregnant last fall, and even went as far as disowning the daughter that he has with Eva.  He posted: 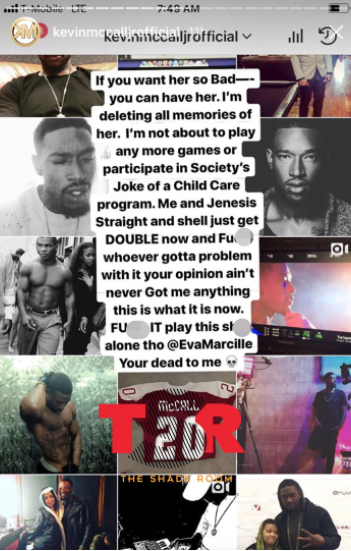 He later retracted his statement and claimed that he did not intend to disown his daughter with Eva.  However, Eva has stated that Kevin McCall is virtually dead to her.  She told Essence magazine:

“We don’t have a relationship. He’s blocked on all my social media. I have full custody of my daughter and her dad is Michael Sterling, so he is a blast from the past and a memory.”

So, according to Eva, Michael Sterling is the Dad to BOTH her children. Which makes Kevin McCall look even more crazy for acting like he is the father to her new baby, when he is not even involved with the baby that he does have with her.

Take a look at Kevin McCall pretending like he is the father to Eva’s new baby:

Leave a comment and let me know what you think about Kevin McCall pretending to be the father of Eva’s new baby? Do you think he is a danger to Eva and her family?