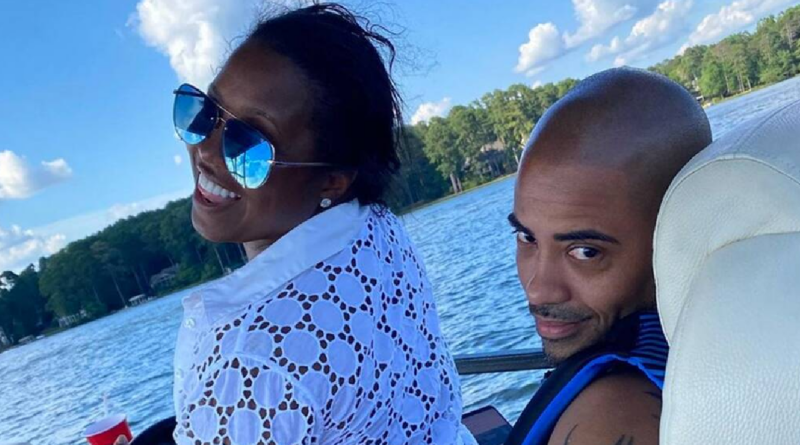 Keshia Knight Pulliam shared on her social media today that she said YES to Brad James marriage proposal. And the two are officially engaged to be married.

Check out the details of their secretive relationship:

The two first sparked dating rumors last year, in 2019, after Keyshia posted a Happy Birthday message to Brad calling him her “favorite guy.”

And a personal friend to the couple, Neyo’s ex Monyetta Show commented hinting that the two were a cute couple. She said,

Prior to Keyshia Knight Pulliam posting Brad James for his birthday in July, Brad had already posted her on his social media in April for her birthday.

Keshia and Brad later confirmed their relationship when they sat down for an Instagram Live chat with Pastor Cal from Married At First Sight and his wife.

Keyshia said that her and Brad met met while filming Pride and Prejudice when he told her he wanted to talk to her about “business” and put his phone number, email address and birthday in her phone.

Brad explained that they were playing brother and sister in the movie and while preparing to walk into a church scene full of people, Keshia tripped and fell into his arms.

“We were walking into the church, it’s our first time being seen and everybody’s waiting on us to enter. Room full of people. This one trips over nothing and falls into my arms.”

Keshia explained they talked a lot on set during the down time and got to know each other and began to share scripts that they were working on with each other.

“He did say, ‘We should get together, I have this script I want you to read.’ I was like, ‘Okay, cool! I have a script that I’ve written that I’d love to get your feedback on, too.’ And he was like, ‘Give me your phone’ and he put his number in my phone. He took a picture of himself for the ID and put his birthday, his email.”

The two have been dating since then and earlier this month Brad James popped the question to Keshia Knight Pulliam at dinner.

Congratulations to the happy couple!