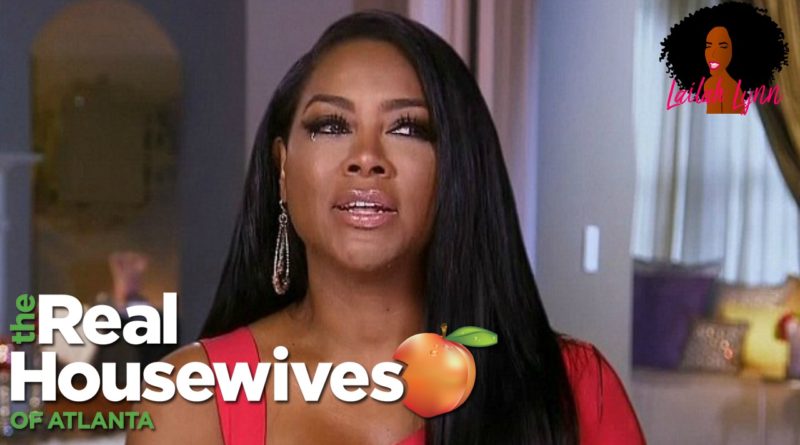 Kenya Moore is reportedly begging for her job back on the Real Housewives of Atlanta!

I reported last week that negotiations between Kenya Moore and Bravo ended after several months of back and forth.  Allegedly, Kenya wanted a substantial salary increase being that her pregnancy would be a big part of her storyline and would draw in viewers.   And although Bravo did want Kenya to come back for RHOA Season 11, they would not agree to her salary demands and so negotiations ended with Kenya not being offered a peach for Season 11.

Kenya basically tried to play hardball with Bravo, and lost!

But it’s being reported that now that Kenya has realized that Bravo executives are prepared to move on with Real Housewives of Atlanta without her, she’s begging for her job back.

A source told MTO News this about Kenya:

She may end up being a friend of the show. But a lot of people here (at Bravo) are upset with the way this all played out. She’ll have to take a BIG pay cut.

On June 18th, Kenya Moore said on social media that she was not willing to be a friend to the show and that it was either all or nothing.  Either she would be a housewife or nothing at all.

But now, one month later, it sounds like her tuned has changed.  And she’s willing to play a lesser role on the show.  And she’s also willing to accept a lesser pay check.

Kenya seems to have been humbled by the whole experience of losing her peach.  And in her most recents posts on social media she sounds much less pretentious than she did in her other RHOA posts.  Like in this post she recently thanked Porsha Williams (who she used to consider her enemy) for sending her well wishes, while saying how much she missed Cynthia.

A fan asked if her caption was a goodbye to RHOA because it sounded so sentimental.  And Kenya said that it wasn’t her goodbye.

And that’s likely because she not ready to say goodbye to RHOA just yet.  And she’s still trying to get her job back on the show!

Thank you for making me feel so loved @cynthiabailey10 I miss you! Thank you @kandi for always being you and @porsha4real for sending your well wishes. #sisterhood #babydaly #RHOA

Leave a comment and let me know what you think.  Do you think Kenya is now willing to accept a smaller role on the Real Housewives of Atlanta? Or do you think she’s really done with the show?