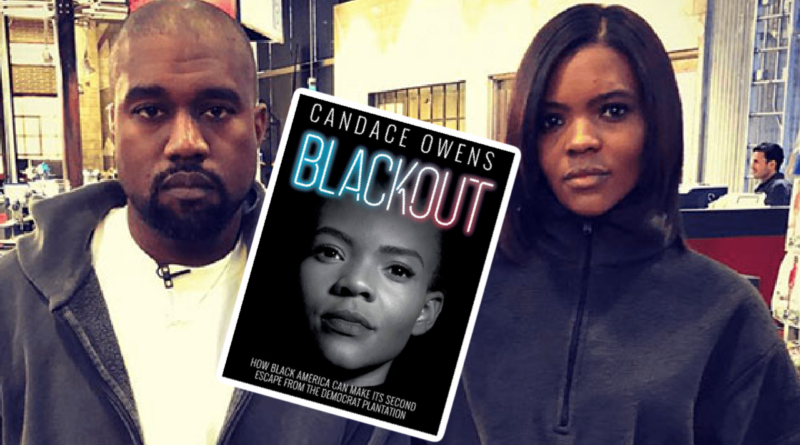 Kanye West surprised his 30 million+ followers on Thursday evening when he publicly thanked Candace Owens for her book ‘Blackout’ on Twitter.

Candace Owens’ book ‘Blackout’ urges Black voters to exit the Democratic party in a movement she calls ‘Blexit.’ And it comes as a surprise that Kanye West would publicly thank Candace for sending him her book because Kanye previously said he “never wanted any association with Blexit.”

According to Page Six, at Turning Point USA’s Black Leadership Summit in 2018, Candace Owens said Kanye West designed a logo for “Blexit” — a movement she invented hoping to get African-Americans to leave the Democratic party.

Kanye denied creating the logo and claimed that he’d been used to spread messages that he does not believe in.

Kanye may have had a change of heart regarding his association with the mission of Blexit, especially considering his current presidential campaign with the Birthday Party. Any rhetoric encouraging Black voters to end their loyalty to the Democratic party is beneficial to Kanye as a candidate running on a third party ticket.

What do you think about Kanye West publicly thanking Candace Owens and promoting her book to his 30 million+ followers? Leave a comment and share your thoughts!